The Top Two Predictions for Wolves vs Aston Villa

Despite just one place separating these two sides in the Premier League table, Wolves hold a 10pt lead over Aston Villa. A win for the hosts could move them back into the top seven this weekend, while anything but a victory for Aston Villa could see them slip down multiple places.

Only one of the last four encounters between Wolves and Aston Villa have witnessed both teams score and we're not expecting both teams to find the back of the net in this Midlands derby. Just two of Wolves' and one of Aston Villa's last six outings in the Premier League have ended with both teams getting on the scoreboard, adding further weight to our prediction for Saturday's clash.

This game has the potential to be tight and tense throughout and we're backing under 2.5 goals to be produced. Three of the pair's last four league meetings have witnessed fewer than three goals scored, while three of Wolves' last five outings as well as three of Aston Villa's last six fixtures have also produced under 2.5 goals.

A close and competitive 90-minutes on the cards at Molineux

Wolves had the home advantage against Leeds before the international break and by halftime, the hosts were odds on to win the game. Goals from Jonny and Trincao put the home side 2-0 up but the game swung in the visitors' favour early in the second half when Jimenez was sent-off for a second bookable offence. Leeds scored 2-goals in the space of 3-minutes to get themselves back onto level terms and in injury time the visitors completed their fantastic comeback to win the game 3-2.

Aston Villa gave a good account of themselves at home to Arsenal in their last league game but still ended up losing the match thanks to a goal from Saka on the half-hour mark. Villa remain 9th in the table and that appears to be the highest place that can realistically finish this season. Wolves sit 10pts clear and while a win would reduce the gap between the pair, there really aren't a lot of games left to play.

Wolves: Neves, Semedo, Neto and Hoever are all injury concerns for the hosts, while Jimenez misses the game through suspension.

Aston Villa: Nakamba and Digne look set to miss out on Saturday due to injury, while Hause is currently rated at 50/50 to make the squad. 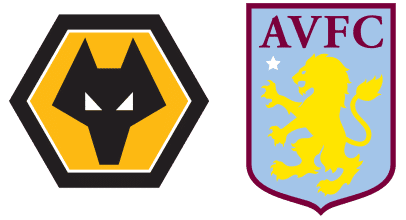