Just 2pts and two places separate these two clubs in the Premier League table with Arsenal sitting in 6th spot and Wolves occupying 8th position. We're expecting a tight and tense 90-minutes between these two clubs where just one goal could be enough to win the game for either side.

Right off the bat, we're predicting that either one or no teams will score in this game based on both team's recent results. Both teams have scored in just two of Wolves' last six outings and the hosts have failed to score in two of those matches, while only one of Arsenal's last six matches has produced goals at both ends of the pitch and the Gunners have failed to score in each of their last four fixtures.

Under 2.5 goals have been scored in three of the last six meetings between these two clubs, and we're expecting another low-scoring affair on Thursday night. Three of Wolves' last six outings have also witnessed under 2.5 goals scored, while each of Arsenal's last four matches in all competitions have produced under 2.5 goals.

Wolves were knocked out of the FA Cup at the weekend by fellow Premier League side Norwich. A first-half stoppage-time strike from McLean proved enough for the Canaries to secure safe passage through to the 5th Round. Wolves made a few changes to their side for that game but still played a strong starting eleven and wouldn't have expected to lose the tie. The hosts haven't had long to rest and prepare for the game against Arsenal and it will be interesting to see if that shows on Thursday.

With Arsenal already being knocked out of the FA Cup, Aarteta's men have had a long break since their goalless draw at home to Burnley on the 23rd of January. The Gunners will have been working on their attacks during this break having failed to score in each of their last four fixtures but Wolves are known for having a strong defence that doesn't give away many goals, so Thursday is going to be a real test for Lacazette and co.

Wolves: Neto, Boly, Jonny, Mosquera and Hwang look set to miss out through injury, while Saiss should make his return following international duty.

Arsenal: Pepe and Elneny could return to the squad but Soares, and Tomiyasu are doubts through injury and both Xhaka and Partey are suspended. 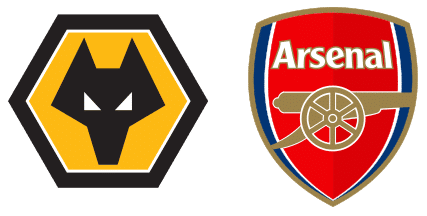