Wolfsburg meet Werder Bremen at the VOLKSWAGEN ARENA on Saturday, August 6th. Newly promoted Werder face a tough opening test at Wolfsburg. Read our free predictions and find the latest odds for the fixture below in our detailed match preview.

Can Wolfsburg carry their strong pre-season form into the competitive campaign when they take on Werder Bremen on Saturday? Read our top predictions for this weekend’s fixture below.

Niko Kovac takes charge of Wolfsburg for the first time in the Bundesliga on Saturday and having overseen a strong pre-season showing and a victory over Carl Zeiss Jena in the cup already, a first league win is on the cards against newly-promoted Werder. Bremen are back in the big time after just one season in the wilderness, though they face a baptism of fire at the VOLKSWAGEN ARENA, where Die Wolfe are certain to be full of early vigour and armed with a new manager bounce.

Jonas Wind made a real splash with Wolfsburg following his January switch from FC Copenhagen and really, his five-goal haul from 14 Bundesliga appearances was a poor representation of the major impact he had on the team’s performances. Wind notched three times in his last two appearances at the VOLKSWAGEN ARENA and his affinity for registering on home soil makes him a superb candidate in the anytime scorers market this weekend.

Top Betting Odds and Stats for Wolfsburg vs Werder Bremen

Check out our list of the top stats for Saturday’s match below alongside a tool to help you choose the best odds.

Read all of the injury updates and team news for Saturday’s Bundesliga meeting between Wolfsburg and Werder Bremen below.

Maximilian Arnold, Max Kruse and Yannick Gerhardt are out for Wolfsburg at the moment, while Paulo Otavio is considered a doubt. Jakub Kaminski, Mattias Svanberg and Bartol Franjic will all hope to see minutes in the Bundesliga for the first time this weekend following summer moves.

Leonardo Bittencourt, Benjamin Goller, Eren Dincki and Jean-Manuel Mbom are all sidelined for Werder Bremen this week, though defender and summer signing Niklas Stark will hope to shake off an illness in time to play. Jens Stage, Almos Pieper and Oliver Burke could all make their league bow too. 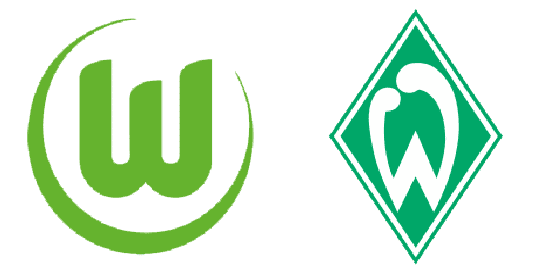 Wolfsburg beat Werder Bremen 2-1 when the teams last met back in March 2021.

Who is Wolfsburg's best player?

Maximilian Arnold is one of Wolfsburg’s best players.