Tottenham look to get their season back on track with a trip to face Wolfsberger. Will they? Check out our betting predictions to see what we think.

With Tottenham heavy favourites to qualify for the last 16, we're steering clear of making the more obvious predictions. The below table gives a summarised insight into our betting tips for the match.

Please note, betting odds are subject to change. Always check with the bookmaker before placing your bet. 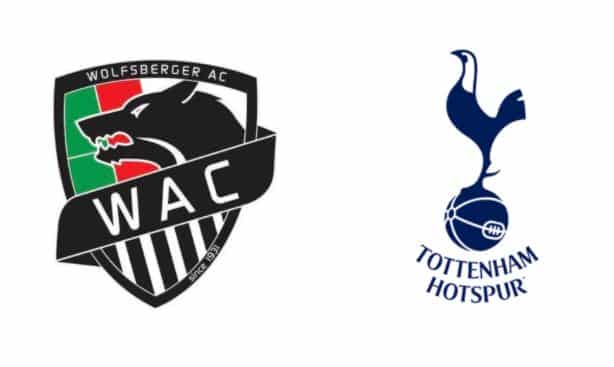 Second string Spurs to be too strong for struggling Wolfsberger

Tottenham might be in a tough patch of form at the moment having dropped from the summit of the Premier League table to a lowly ninth in just two months but they face a Wolfsberger team having a below par season after losing their top goal scorer, Shon Weissman, to Real Valladolid in the summer. The Austrian side currently sit sixth in the Bundesliga with a negative goal difference to boot as they've struggled to cope without the Iranian.

That doesn't mean the Tottenham backline will have it all their own way though. The defence has been plagued with individual errors in recent weeks meaning confidence is low; that's something Ferdinand Feldhofer's men will be looking to exploit, particularly early in the game. They play an aggressive pressing style led by front man Dejan Joveljic. It's something that could be extra important with Spurs having been through a gruelling week; first they tastedFA Cup defeat at Everton after extra time,followed up by a 3-0 lesson at the hands of league leader Man City.

Jose Mourinho will be well aware of the style he's due to face though with the Portugueseexpected to rest a number of stars with Son Heung Min and Harry Kane tipped to be amongst the subs. This should help bring a freshness to the North London side. Even with the changes,you'd expect them to have too much quality for their Austrian counterparts with the likes of Gareth Bale possibly coming into the XI.

Mourinho to go gung-ho to arrest slide of form

Before we get into the reasoning behind our tips, let's just have a refresh of what they are:

Tottenham to win and BTTS

Jose Mourinho's men have been in turgid form of late having won just one of their last sixin all competitions. Their squad should be far too strong for Wolfsberger though and Mourinho has made it clear they want to have a commanding lead heading into the second leg. Expect a quick start from Tottenham but having shipped eight goals in just their last two games a clean sheet is unlikely.

With Spurs' main man, Harry Kane, only recently back from the ankle injury he suffered against Liverpool just a few weeks ago, it seems unlikely Mourinho will risk him from the start. Vinicius has been in fine form in the Europa League so far with three goals to his name. We're backing him to start and get another one in this match.

Our final prediction is for there to be over 2.5 goals in the match. Some of the reasons for this are linked back to those mentioned in our BTTS tip. Not all of them though. So far, Tottenham have played nine matches in the Europa League; there has been over 2.5 goals in seven of them with an average of four per match.

What you need to know for the kick off

Where can you watch the match?

You can see the game on DAZN or BT Sport.

What bookies offer the best odds?

Based on the predictions we've made, SBK offers market leading odds on two of the three tips.

Where is the game being played?

The match will go down as Wolfsberger's home leg, however, the game is actually taking place in Budapest.

How did Wolfsberger perform in the group phase?

Wolfsberger finished second in group K. They finished five points clear of Feyenoord and seven ahead of CSKA.

How did Spurs get on against their last Austrian opponent?

Tottenham faced LASK in the group stage winning one match 3-0 and drawing the other 3-3.