Wolfsburg and Stuttgart sit on the bottom three places of the league table after having only managed five points from the first seven matches. Stuttgart are still waiting for the first victory but they have ended up drawing five out of the seven league matches. Wolfsburg and Stuttgart played out a draw in the last meeting between the two clubs back in April. The upcoming match could be more of the same with Wolfsburg struggling for goals and form.

Stuttgart have drawn all of their away matches this season and the two of them have produced more than 2.5 goals. However, Wolfsburg lack the conviction to get a lot of goals and the team has only been able to find the back of the net on five occasions in the seven league outings. This match might finish as a low scoring dull game.

Stuttgart vs Wolfsburg: Check out the best odds and the latest stats

Wolfsburg are badly in need of three point and going up against Stuttgart at home gives the club a great opportunity to enhance their survival hopes at the end of the season. After having only picked up one victory so far this season, manager Niko Kovac is facing a lot of pressure.

Stuttgart have made a mediocre start to the season and they are still waiting for the first win. The performances against Wolfsburg away from home have especially been a major worry for Stuttgart, as they have only picked up one away win against this opponent in 20 attempts. The major positive for Stuttgart will be that the team has not been suffering a lot of defeats and they have drawn four consecutive away matches.

Wolfsburg: The absence of Max Kruse is the big headline coming into the game. He has picked up a thigh injury that will keep him out of the match. Meanwhile, Lukas Nmecha and Jonas Wind may also miss the match after picking up a knee and thigh injury respectively.

Stuttgart: Nikolas Nartey and Laurin Ulrich are missing from action due to injuries. Borna Sosa and Josha Vagnoman are major doubts for the game.

Questions About Stuttgart vs Wolfsburg 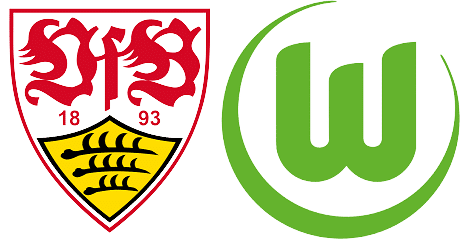 Where is the match scheduled? Volkswagen Arena

Which team is the favourite to win? Wolfsburg