Wisla Plock welcome Lechia Gdansk to the Stadion im. Kazimierza Górskiego on Sunday, July 17th. Two of last season’s top six teams meet on the opening day of the new Ekstraklasa campaign. Read our free predictions and find the latest odds for the fixture below in our detailed match preview.

A keenly contested tussle is anticipated on Sunday when Wisla Plock entertain Lechia Gdansk in the Ekstraklasa. Read our top predictions for this weekend’s fixture below.

Lechia Gdansk finished higher than Wisla Plock last term, though they were notoriously flaky on the road where they won just four times in 17 attempts. Wisla meanwhile, tasted defeat in just four of their 17 Ekstraklasa home games last season and one of their 11 victories were secured at Lechia’s expense. A repeat of that result looks possible here and with home advantage likely to be key, we recommend siding with the hosts.

Both meetings between Wisla Plock and Lechia Gdansk last season were decided by slender margins, with the home team on each occasion winning the tie 1-0. The sides are still considered well-matched after their respective summer recruitment drives and bettors should expect another contest where little quarter is given. With that considered, backing under 2.5 goals to be notched for the third straight meeting between these sides appeals at the prices available.

View our selection of the best stats for Sunday’s fixture below alongside a tool to help you choose the best odds.

Read all of the injury updates and team news for Sunday’s Ekstraklasa meeting between Wisla Plock and Lechia Gdansk below.

Wisla Plock finished sixth last season, two places short of the European qualification spots, though they will hope to go one better this year Pavol Stano's first full campaign in charge. Wisla didn't go crazy in the summer market, with winger Davo and defender Martin Sulek the most noteworthy arrivals.

Lechia Gdansk landed fourth position last term and following a successful year, they were able to enjoy a calm summer in the market. Joseph Ceessay was sold to Malmo in his homeland, while Dominik Pila was signed a direct replacement on the left flank. 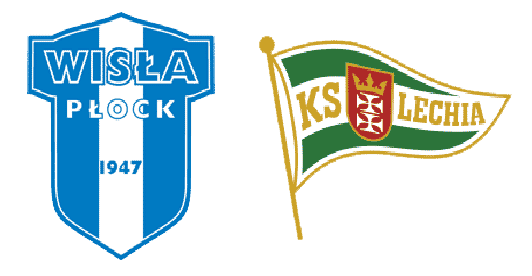 Here at Football Whispers, you can find the best odds for Wisla Plock vs Lechia Gdansk.