This Europa League game is probably the biggest game West Ham have played in since their move to the London Stadium. Will they win it? Find out with our West Ham vs Lyon match preview with free tips, predictions and odds mentioned along the way.

This is a difficult match to call but we fancy West Ham to edge it hence the prediction for them to win. The Hammers have been in good form at home of late with four wins on the spin whilst they're unbeaten in six on their own patch. Lyon aren't in bad form away from home either with just one defeat in their last eight away games but they have had to settle for a few draws in that period. If this game looks like playing out that way, the home crowd could swing it in the hosts favour.

These two legged ties rarely serve up a gluttonous number of goals particularly in the first leg. We see this one being low scoring too. West Ham have gone under 2.5 goals in three of their last five home games with an average goals per game of just 2.2. Lyon meanwhile have gone under 2.5 goals in four of their past five away games; their game average sits at a rather low 2.0 – half of the goals seen in those five games came in one match too, which rather inflates their average.

West Ham vs Lyon: Let's look at the predicted lineups

Knockout competitions come to  life when they reach the quarterfinal stage and for West Ham and Lyon the opportunity to go deep in a European competition doesn't come around every year. Let's see who takes control of this tie.

West Ham beat Everton at the weekend to make it four home wins on the spin. Amongst that run was their win over Sevilla, which was mighty impressive. Their fans will be ready to roar them to success but the players will need to handle the occasion too.

Lyon are having a rather ‘meh' season in France with too many draws causing them a problem as they push for qualification to Europe; that looks unlikely now. That means their best route to a real positive is to do something big in the Europa League.

A quickfire FAQ on West Ham vs Lyon 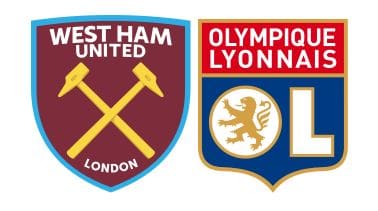