Watford take on West Brom in a competitive game for the first time since 2018. This will be a preview of the game which takes place at the Hawthorns on August 8, 2022.

West Brom were able to manage a 1-1 draw with Middlesbrough in the opening game of the campaign. Watford opened the new season with a victory, as they beat Sheffield United with a solitary goal from Joao Pedro.

Watford have witnessed a string of stalemates against West Brom. However, the baggies were last able to win against Watford in 2016. On the basis of the opening day performance from the two teams, it is likely that Watford will have the additional bit of quality to be able to avoid defeat. Last season, Watford were very poor in the away matches and the trend is likely to continue.

The volume of goals from West Brom happens to be incredibly low compared with the quality on the pitch and the same goes for Watford as well. Both teams struggle to hit a lot of goals and the same can be expected in this match as well.

West Brom were able to pick up a point against Middlesbrough in the opening game of the campaign by coming from behind. The Midlands outfit certainly have a squad which is capable of pushing for promotion and the talent is likely to be shown heavily in home matches.

Watford have had to deal with a problem for any relegated outfit with several key players is leaving the club in the summer. The departures are yet to complete as a few more are expected to leave in the final days of the transfer window.

West Bromwich Albion: Okay Yokuslu is a player who is seen as a potential doubt due to a lack of fitness.

Watford: Imrân Louza is very likely to miss out this match due to an injury, while Ismaila Sarr is likely to be sold off. 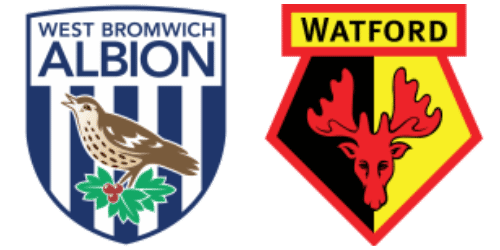 Where is the match scheduled? The Hawthorns

Which team is the favourite to win? West Bromwich Albion