West Brom have just beaten Bournemouth, which must be a real bitter sweet with it following what seems to be a season ending loss prior to that. Can they spark life back into their campaign with back to back wins here? Find out with our West Brom vs Stoke match preview with free tips, predictions and odds mentioned along the way.

Stoke City have struggled to win games that last two months; they won just two of their last 12 games, with four draws and six losses. To be fair, Stoke's most recent wins were at home; they have no wins in their last nine road games across all competitions. Additionally, Stoke played 20 league games away from home, and they won just five of them. In contrast, West Brom have lost just two games at home this season; they played 19 home games so far, winning 10 of them. Furthermore, West Brom have enjoyed relatively better form than Stoke City recently; they lost just once in their last six games, with three wins and two draws. With this in mind, we're making the prediction that West Brom will take all three points from this game.

Recent meetings between West Brom and Stoke City have been really low-scoring games; all of their last four encounters went below the 2.5 goal margin. As a matter of fact, three of the last four clashes between these teams went under 1.5. In the same vein, both teams have had their fair share of low-scoring games in recent weeks; five of West Brom's last seven, and four of Stoke's last seven games saw less than three goals scored. On that note, we shouldn't expect too many goals in this match.

West Brom vs Stoke: Let's look at the predicted lineups

West Brom are coming off an impressive 2:0 win against second-placed Bournemouth; they've enjoyed some good form recently, with three wins in their last six games, whilst losing just once. Steve Bruce's men will welcome Stoke City to the Hawthorns; they'll hope to string up consecutive wins for the first time this year.

Stoke City have had some mixed results in recent weeks; they have two wins, two draws and two losses in their last six games. The Potters are coming off a 2:1 loss at Reading; they'll hope to bounce back from that loss as they take on West Brom today.

A quickfire FAQ on West Brom vs Stoke 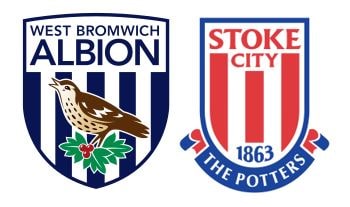