West Brom are witnessing their title charge go up in smoke but they remain in a good position for a top six finish. Can they move three points closer to securing that here? Find out with our West Brom vs Preston match preview with free tips, predictions and odds mentioned along the way.

West Brom to shade it

West Brom have only managed to win one of their last five games but, significantly, that victory did come in their last outing as they outclassed Peterborough. That combined with the fact that Preston are on a four game winless run makes us think the Baggies will edge things. Preston have drawn three of those four winless matches we referenced though and that combined with poor West Brom form means we think it will be a tight match hence the handicap bet. Oh, and, of course, it gives us a lovely bit of value in the betting odds too.

Our next tip for this match is that we'll see fewer than 2.5 goals. Both sides have season averages are under that cut off at 2.4 (Preston) and 2.0 (West Brom) respectively. Recent form leans the way of a low scoring match too. West Brom have seen four of their past five end south of the 2.5 mark with an average in that period of 1.8. Preston meanwhile have gone under 2.5 in three of their last five. Again, their average from those five was also lower than the threshold at 2.4.

Check out the key stats & form for West Brom vs Preston

These two look set for very different ends to the season during this second half of the campaign. Preston are destined for a dull mid table finish with West Brom in a battle to secure a top six finish. It's clear who needs the points more but they'll still have to earn them.

West Brom have loads left to play for. They could find themselves level on points with Middlesbrough if the Teesiders win their game in hand and Boro are seventh. That was unthinkable a couple of months ago. They must win games like this if they intend to remain in the promotion chase.

Preston are firmly in mid table and it would take quite a brave soul to predict anything else for them over the remainder of the season. That does make them dangerous though with nothing to lose. Can they further upset

A brief FAQ ahead of West Brom vs Preston 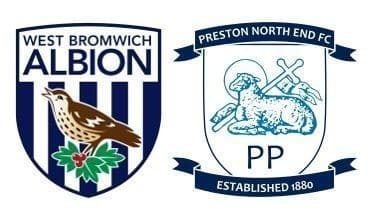