There is nothing like a derby game to kick off the Championship action for the weekend. West Brom could go top with a win too; will they get the three points they need to do so? Find out with our West Brom vs Birmingham match preview with free tips, predictions and odds mentioned along the way.

West Brom vs Birmingham: Our Tips

We start our predictions by backing West Brom to win the match. They did lose last time out but their overall form has been decent; they've only lost won of their 11 league games this season and are unbeaten at home. Aside from West Brom being in reasonable form we also have to consider how poor Birmingham have been of late. They have not won in five games losing four and drawing one. On top of that, their head to head record against West Brom is woeful; they've not beaten them since 2006.

Our next tip is for this game to be a reasonably high scoring affair. West Brom boast a season long average of just over the required threshold at 2.6 but Birmingham come up short at 2.3. In recent games, that picture is transposed. West Brom have been under 2.5 in three of the last five whilst Birmingham have gone over in three of their past five. The thing that swings our thoughts to ‘over' is the head to head record; three of the last five have seen over 2.5 with a game average of 3.2 goals.

We close out our three tips with an anytime goal scorer prediction; we are backing Callum Robinson to net at some point. He's scored three goals in this campaign already but that's not telling you the whole picture. Robinson has been on international duty this week; his two appearances have yielded five goals!

Find the best odds for West Brom vs Birmingham

West Brom find themselves sat second in the league despite only picking up two wins in their last five. Here they face a Birmingham side that can't buy a win at the moment though and they'll hope to get back to winning ways. With our goal scorer tip, Callum Robinson, and Karlan Grant up top they have a great chance of doing exactly that. Birmingham will need to buck their ideas up defensively to avoid another humbling; given the way they were taken apart in their last outing a series of changes to the XI wouldn't be a massive shock.

FAQ on West Brom vs Birmingham 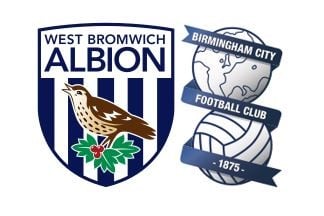