Man City only have a 1pt lead at the top of the Premier League table and simply have to keep on winning as their title rivals Liverpool appear to be in fantastic form. Watford arrive at the Etihad in need of points as they try to escape the clutches of relegation but a defeat this weekend could see the Hornet slip down to last place.

Man City's chief playmaker is on the verge of having his best goalscoring season in the Premier League and needs just two more goals to equal his best-ever tally of 13, scored during the 2019/20 campaign. The Belgian superstar has scored 6-goals in his last 10 appearances for Man City in all competitions and is due a goal this weekend having failed to score in each of his last three outings. Watford have a leaky defence and De Bruyne has a great chance to get on the scoreboard against them this weekend.

Man City might well have been nervous when they went in at the break against Brighton goalless but a vintage second-half display helped earn Guardiola's men the win they simply had to get. Mahrez opened the scoring in the 53rd-minute and Foden made it 2-0 in the 65th-minute. Silva wrapped up the 3pts with 8-minutes left on the clock, making the final scoreline 3-0.

Watford know they have to make the most of their home games if they want to stay in the Premier League for another season, so losing to Brentford will have been a huge disappointment for Hodgson and co. Brentford took the lead in the 15th-minute but Watford got back onto level terms through Dennis in the 55th-minute. With the game heading for a draw and the nerves clearly showing in the Watford players, Brentford mustered one last attack and scored a winning goal through defender Jansson with virtually the last kick of the game.

Man City: Walker and Stones are slight injury concerns for the home side this weekend.

Watford: Kalu, Troost-Ekong, Baah, Hernandez and Nkoulou could miss the trip to the Etihad. 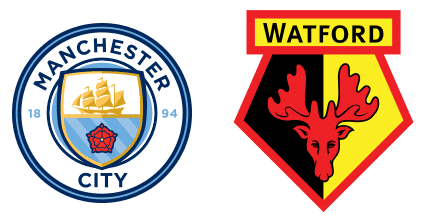