A win for Watford in the Premier League this weekend could do wonders for their survival chances whilst dragging Leeds right back into the thick of the relegation battle. Jesse Marsch has started life at Leeds very well and will be confident that his side can go to Vicarage Road this weekend and claim a priceless victory.

We're not expecting either side to keep a clean sheet this weekend as both teams have scored in four of the last six league meetings between Watford and Leeds. Three of the host's last si matches have ended with both teams scoring while each of Leeds' last three outings have produced goals at both ends of the pitch, adding further weight to our prediction for Saturday's match.

Watford made the trip to Liverpool last time out, a game in which nobody expected the visitors to pick up even a point. Once Liverpool took the lead in the 22nd-minute through Jota, there really wasn't any way back for the Hornets. Watford defended manfully but late on gave away a penalty which Fabinho scored to wrap up a 2-0 victory for the home side. Watford remian in the bottom three heading into this weekend's clash but a win against Leeds could give Hodgson's men the platform they need to survive this season.

Leeds had the home advantage against Southampton last weekend and took the lead just before the half-hour mark through Harrison. However, Southampton came out in the second half with purpose and levelled the scores in the 49th-minute via Ward-Prowse. Neither side could carve out a winning goal and had to settle for a point apiece which leaves Leeds on 30pts with 7-games left to play this season.

Watford: Kwadwo Baah and Nicolas Nkoulou could both miss this weekend's big game for the hosts.

Leeds: Roberts, Bamford, Shackleton, Hjelde and Firpo are the main injury concerns for the visitors.

FAQ for Watford vs Leeds 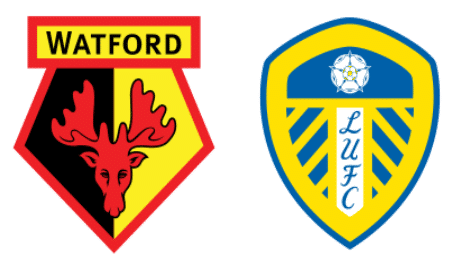