Watford have entered the last chance saloon and could have their Premier League membership taken away this weekend if they failed to beat Crystal Palace or if results elsewhere go against them. The Eagles are looking to finish the season strongly and could still end up as high as 9th if they win the majority of their last four fixtures.

We're expecting goals in this game as Watford need to push for a win but don't have the best of defensive records. At least three goals have been scored in four of the last seven competitive and non-competitive meetings between these two clubs, including Palace's 4-1 win at Vicarage Raod in February. Over 2.5 goals have also been scored in three of the host's and five of the visitor's last six outings in league and cup.

Wilfred Zaha is enjoying his best-ever goals return in the Premier League this season with 12-goals to his name so far. We're backing the Ivory Coast star to find the back of the net against Watford's leaky defence this weekend as the forward has netted in five of his last nine appearances in all competitions for the Eagles.

Everything you need to know about Crystal Palace vs Watford

Watford are likely to be relegated this weekend

Crystal Palace made the trip to Southampton last time out where despite going a goal down early on, the Eagles flew home with all 3pts. Romeu opened the scoring for the Saints in the 9th-minute but this proved to be a false dawn for Southampton as Eze equalised for Palace in the 60th-minute and in stoppage-time, Zaha fired home the winning goal for the visitors.

Watford needed to put in a winning performance at home to Burnley to stand any realistic chance of avoiding relegation from the Premier League. The Hornets got in front through an 8th-minute own goal from Tarkowski and pummelled the Burnley defence with attack after attack. However, the hosts failed to convert any more of their chances and it cost them dearly. Cork equalised 7-minutes from time and just a few moments later, Brownhill made it 2-1 to Burnley, sending the away fans into hysterics.

Crystal Palace: Nathan Ferguson looks set to miss out again this weekend due to a thigh injury.

Watford: Cucho Hernández is the main injury concern for the visitors. 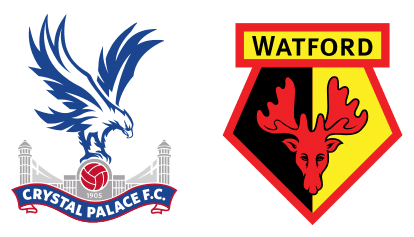