Wales play host to Austria in the Semi-Finals of the play-offs for the 2022 World Cup in Qatar. The winners of this game will take on Scotland or Ukraine in the Play-Off Final, so whoever progresses on Thursday night faces another tough game in the next round.

We're predicting goals at both ends of the pitch on Thursday night as two of the last three meetings between Wales and Austria have ended the very same way. Both teams have also scored in four of Wales' last six outings in the World Cup qualifiers while three of Austria's last six qualifiers have also ended with both teams scoring, so you can see why we're not backing either club to keep a clean sheet in this game.

At least three goals have been scored in two of the last three meetings between these two nations, and we're expecting more of the same on Thursday at the Cardiff City stadium. Three of Wales' last six matches have produced over 2.5 goals, including the 3-2 and 5-1 wins over Belarus, while three of Austria'slast six games have produced at least three goals, including the 4-1 win over Moldova and the 4-2 win against Israel in their last two fixtures.

Wales looking to make the most of their home advantage

Last time out, Wales played host to Belgium where a 12th-minute goal from De Bruyne put the favourites in front. Wales responded really well though and got back onto level terms in the 32nd-minute via Moore. Sadly Moore will miss the game against Austria but Bale is available and will be a welcome return ahead of what should be a tough game on Thursday.

Austria ran out comfortable winners at home to Moldova in their last qualifier back in November. Arnautovic put the home side in front after 4-minutes and Trimmel made it 2-0 in the 21st-minute. A penalty from Arnautovic in the 55th-minute made it 3-0 but 5-minutes later Moldova pulled a goal back. However, Austria had the last laugh, making the final scoreline 4-1 thanks to an 83rd-minute effort from Ljubicic. 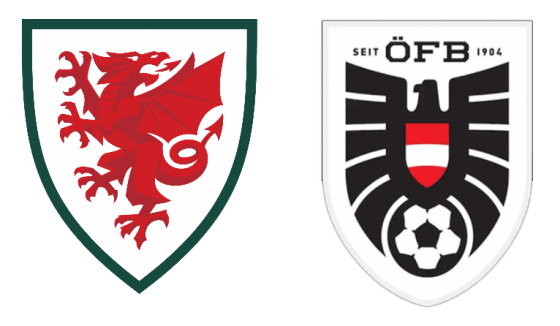