VVV have made a good start to the new season and will be desperate to continue that here. Will they? Find out with our VVV vs Telstar match preview with free tips, predictions and odds mentioned along the way.

VVV have made a positive start to the season but they have now taken just one point from their last two games; we think they'll bounce back to winning ways here. With two wins in their last four matches their recent form is still better than that of Telstar who have won two and lost three of their last five. Combine that with holding home advantage and a head to head record that shows VVV have won each of the last three clashes between the sides and it is fair to say that Telstar have their work cut out. In fact, it's been seven years since they beat their hosts!

Our next tip for this game is to back over 2.5 total goals. VVV have gone north of that 2.5 mark in four of their last five games with a total of 20 goals seen in that period. Telstar meanwhile have seen three of their past five go north of the 2.5 mark. Each of the last three head to head clashes – and four of the last five – have also seen at least three goals. Those stats give this bet real value.

Here are the key stats & form guide for VVV vs Telstar

Will VVV continue their good start with another ‘V'ictory?

There is no doubting that VVV are seen as the favourites for this game having impressed in the early part of the season. A win here would see them put real pressure on the sides above them. That said, Telstar won't just roll over; they know another defeat could leave them staring bottom spot in the face.

VVV have made a really bright start to the campaign as they sit just a three points off third spot. They will be confident of keeping the pressure on those above them as well with just a couple of injury concerns. Sem Dirks is out whilst goalkeeper Lukas Zima was subbed off in the last game.

As starts to the season go, you'd have to describe Telstar's opening seven ‘so-so' with the club averaging a point per game. With their squad completely free from injury and suspension for this game, they'll hope to get a postive result as they travel to face VVV.

A quickfire FAQ on VVV vs Telstar 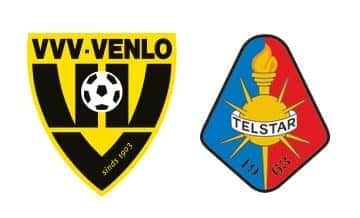