Vitesse Arnhem get ready to face Volendam for the first time since 2009. This Dutch Eredivisie match will take place at the GelreDome on September 17, 2022.

Vitesse Arnhem’s poor form at the start of the season continued after the team slipped back into losing ways following a 1-0 defeat against Utrecht. Volendam lost three consecutive games as they were beaten 3-2 at home by Go Ahead Eagles.

Vitesse have had a difficult start to the season with three defeats from the first five matches. However, the team showed some degree of promise in the games against RKC Waalwijk and Groningen. Meanwhile, Volendam appear to be heading straight back down after having made a very poor start with four losses in the five games. Crucially, Volendam have ended up suffering some big defeats in a string of matches.

Volendam have been so poor at the back that they have ended up conceding a lot of goals in recent matches. In the first six games, the team has shipped an incredible 20 goals while Vitesse Arnhem are not too far behind with 15 goals conceded. The two defences are so poor that one can back over 3.5 goals in the game.

Vitesse vs Volendam: Battle in the Dutch Eredivisie

Vitesse are searching for the first home win of the season as it has been an incredibly tough start for the club. The heavy losses against the likes of Feyenoord and Heerenveen have put the team in a very difficult spot. The club are now 14th in the standings with four points picked up from the games so far. Vitesse Arnhem have been heavily reliant on the goals from Nikolai Frederiksen and Matús Bero, who have two each.

Volendam have been able to witness and heavy losses in the campaign already. The three consecutive defeats have come at a very big cost for the relegation contender, who have only picked up one win in the last five games. The last away victory in the Dutch Eredivisie for Volendam was in February 2009.The lack of major injury problems is one of the big positives for Volendam so far this season.

Vitesse: Markus Schubert and Mitchell Dijks are the players who will be unavailable for the game due to injuries.

Volendam: Oskar Buur, Calvin Twigt, and Josh Flint are the players who are missing for Volendam coming into the game.

Top Dutch Eredivisie Stats ahead of Vitesse vs Volendam

Questions about Vitesse vs Volendam 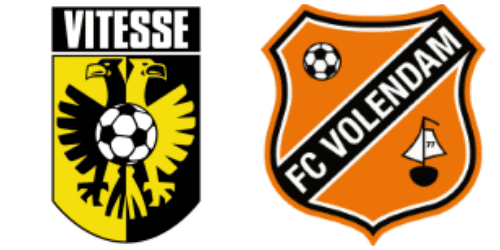 Where is the match scheduled? GelreDome

Which team is the favourite to win? Vitesse