Let's find out what the best betting tips and predictions for the Vitesse vs Ajax fixture on Sunday are. If you want more Eredivisie betting tips, go to our website.

Here is what our betting experts came up with when we asked them to give us three betting tips for the Vitesse vs Ajax fixture on Sunday.

Make sure to double-check all odds before you stake anything because they might have changed and you might not like them. Our recommended bookmaker for this match is Ladbrokes.

Six of the last ten Eredivisie games for Vitesse ended with both clubs scoring and Ajax has had two BTTS games in the last five. The last two times these clubs played against one another both of them scored during the games.

In the tables below, you can check out the most recent statistics and form of both Vitesse and Ajax in the Eredivisie and against one another.

Vitesse has only one injured player who won't make the match on Sunday – midfielder Patrick Vroegh who has a muscle injury. Ajax's goalkeeper Andre Onana has been suspended since the start of the year, so he won't play in this game. There are also three injured midfielders on Ajax's side – Davy Klaassen, Naci Unuvar, and Daley Blind.

The injuries on both teams shouldn't affect them or their form, so the game will most likely go in Ajax's favor, like the last two times these teams played against each other. 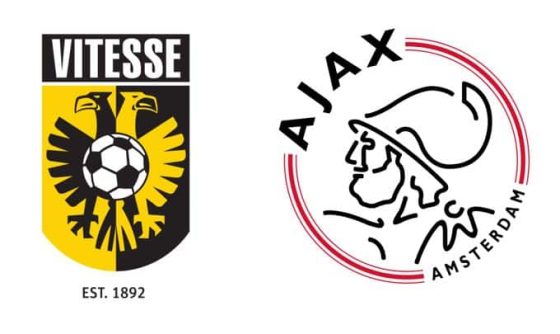 Frequently Asked Questions About the Vitesse vs Ajax Match