The matchup between Rayo Vallecano and Villarreal in the upcoming La Liga round is an interesting one. The game will be played on Thursday, May 12th, and we expect it to be very exciting. So, check our free betting tips and our preview for this duel.

Our favourite betting predictions for Rayo Vallecano vs Villarreal

If you need a bit of help to find the best Rayo Vallecano vs Villarreal bet, check our favourite betting tips for this game:

While Rayo Vallecano is safe in the middle of the standings, Villarreal still has reasons to fight since they are trying to overtake Real Sociedad in the sixth place that leads to Europa League.

With that in mind, we can see the guests winning this game. After all, Villarreal beat Rayo Vallecano in their last three h2h meetings, so we can see that being the case on Thursday as well.

Both teams have scored in three of the five previous h2h duels between Villarreal and Rayo Vallecano, so we would be surprised if that didn't happen again in their next game.

That being said, both teams scored in 40% of all Rayo Vallecano matches in the league this season, while the same is true for 46% of all Villarreal games in the league until now.

The best odds and helpful stats for Rayo Vallecano vs Villarreal

If you want to place a bet on the top Rayo Vallecano vs Villarreal odds, check our list of odds from the best UK betting sites:

We've seen some interesting duels between these teams in the past, so we expect the same now. So, here's a closer look at both teams:

The season is nearly over and Rayo Vallecano fans can certainly be happy with their team and what they achieved this season. In addition to securing a spot in La Liga for next season way before this one is over, Rayo Vallecano also reached the semi-finals of Copa del Rey. Meanwhile, the team has two wins, three draws, and one loss in the last six games in the league.

Meanwhile, Martin Merquelanz and Isi Palazon are out for Rayo Vallecano with injuries, while Pathe Ciss is out through suspension.

With two wins, two draws, and two losses in the last six games in La Liga, Villarreal is far from being in great form. However, they are still in the race for a spot in Europa League since they are currently just three points behind Real Sociedad, who is in the sixth place in the standings. So, Villarreal has every reason to fight hard in their next game against Rayo Vallecano.

The Yellow Submarine will be without injured Alberto Moreno and Gerard Moreno, while Yeremy Pino and Arnaut Danjuma are deemed questionable and if they do play they will likely get in from the bench.

FAQ for Rayo Vallecano vs Villarreal 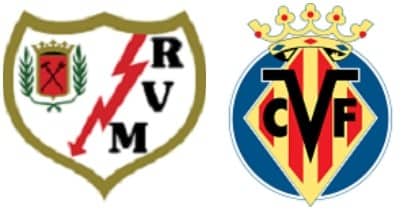