Another La Liga game to be played on Sunday, May 22 is the Barcelona vs Villarreal duel. So, if you want to learn more about this game, check our detailed preview and free betting predictions for the match.

Our favourite Barcelona vs Villarreal betting tips and predictions

If you are unsure what is the right bet for the Barcelona vs Villarreal duel, check our top betting picks for this match:

Even though Barcelona already secured the second place and a spot in the Champions League, we can see them wanting to say goodbye to their fans with a win in the last round.

Meanwhile, Villarreal has a chance to secure a spot in Europa Conference League with a win here, but we are not exactly sure whether the team is so eager to play in this competition next season. In any case, we can see Blaugrana winning the game.

The last five h2h duels between Barcelona and Villarreal have all gone over 2.5 total goals, while three of their last four duels have gone over 3.5 total goals. So, we can see this game ending with four or more goals being scored.

The latest odds and useful stats for Barcelona vs Villarreal

If you want to bet on the best La Liga odds, you've come to the right place. Here are the top odds for Barcelona vs Villarreal:

While the home team is the favourite in this game, we expect an exciting match. So, let's take a better look at both teams now:

With four wins in the last six games, Barcelona is finishing the season on a positive note and they already secured a spot in the Champions League for next season since they will finish second in La Liga. That is good considering the poor start that the team head, but the fans can hardly be happy with the season overall since Blaugrana failed to win any trophies this season.

After they reached the semi-finals of Champions League, it's hard to say that the Yellow Submarine didn't have a good season. However, the team is currently seventh in the standings in La Liga, which puts them out of Champions League and Europa League. And if they allow Athletic Bilbao to overtake them in the last round, they could also end up missing on Europa Conference League as well.

Meanwhile, Villarreal will likely be without injured Yeremy Pino, Arnaut Danjuma, Alberto Moreno and Gerard Moreno, with the first two still not officially ruled out.

The most frequent questions for Barcelona vs Villarreal 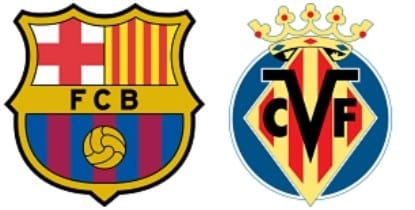