China travels to Hanoi for their next 2022 World qualifying fixture. Both sides suffered defeats in their last outings and have struggled to give a decent account of their abilities

Both Vietnam and China enter this fixture with defeats on the road. Moreover, the Dragon's Team has lost their last three away trips and look bereft of confidence. Despite this, they will be confident in their chances against the Golden Star Warriors. This is their seventh iteration of an international meeting with Vietnam and has won on all previous occasions. My Dinh National Stadium should prove to be a beneficial venue as the Dragons register their second victory of the qualifying campaign.

Neither Vietnam nor China has found scoring easy in the qualifying campaign for Qatar. The Golden Star Warriors have only scored four times in their seven outings, while the visitors have seven to their name. In spite of this, we believe goals will flow on both ends of the pitch in this meeting. This is based on China's recent record where the BTTS has come true in four of their last five matches. The H2H history also supports this as both sides have scored in four of their six meetings dating back to May 1997.

Vietnam vs China: Check out the best odds and the latest stats

Vietnam vs China: Check out the team lineups

Park Hang-Seo will be concerned about Vietnam's performances. While they have held their own against teams of similar standing, they have been bullied in competitive outings against better-placed teams. This is evidenced by their performances in the 2022 World Cup qualifiers and AFF Suzuki Cup. They were second-best in the former, being dispatched by their rivals with relative ease.

China's dreams of qualifying for the 2022 World Cup hang by a thread. The Dragon's Team still has an outside chance of making it to the fourth round and battling in that lottery. It will not be easy as they need a perfect record in their remaining three qualifying fixtures. However, with a defence that continues to let them down and an attack that has failed to show up, it looks unlikely that this statistic may come into play.

Questions About Vietnam vs China 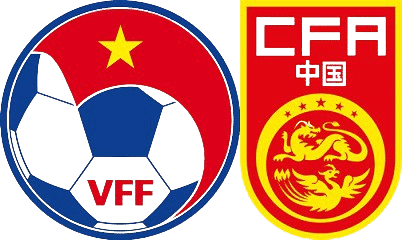 Where is the game being televised? DAZN Japan, and Diema Sport.

Who are the players to watch out for? Alan (China).