Napoli could return to the top of the Serie A table this weekend with a win away at Verona. We're expecting an entertaining 90-minutes between the two clubs on Sunday as both have great attacking options in their side but Napoli sit 16pts clear of Verona and hed into the game as the bookmaker's favourite to win.

We're expecting goals in this game as Verona like to play open, attacking football that often leads to goals being scored at both ends of the pitch. Four of the host's last six outings in Serie A have produced over 2.5 goals, while two of Napoli's last three fixtures have also witnessed at least three goals scored.

When these two sides locked horns in November the pair produced a 1-1 draw, and we can see both teams finding the back of the net on Sunday. Both teams have scored in each of the last three meetings between these two clubs, while four of Verona's and five of Napoli's last six outings in all competitions have also produced goals at both ends of the pitch.

An entertaining 90-minutes on the cards in Verona

Verona would have been expecting a tricky game away at Fiorentina last weekend but the visitors managed to come away with a share of the spoils. The game started poorly for Verona as Fiorentina took the lead after just 10-minutes but the visitors responded really well earning a penalty in the 20th-minute which Caprari converted to make it 1-1. After that, the game was very tight and tense and eventually in ended in a draw meaning that Fiorentina stayed 2pts clear of Verona.

Napoli had the chance to retake the top spot in Serie A last weekend when they played host to AC Milan. However, Giroud scored the only goal of the game in the 49th-minute and Napoli slipped 3pts behind AC in the race for the Serie A table and dropped to third due to Inter Milan winning their game. Napoli are still title challengers but losing at home to AC Milan might suggest they won't be able to mix in with the top two in the long run.

Verona: Lazovic, Barak, Retsos, Veloso and Pandur are all injury concerns for the hosts.

Napoli: the visitors could be without Malcuit, Tuanzebe and Lozano for the trip to Verona. 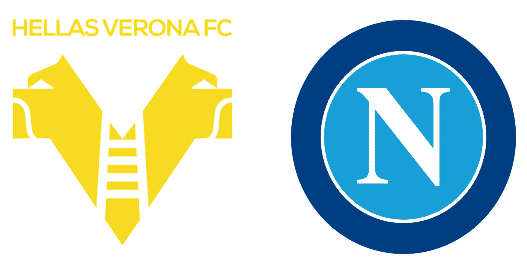