Genoa have been picking up points of late but most have come via draws and the relegation battlers really need to start winning more often if they want to remain in Serie A. Verona are battling for a top-half finish this season but can't afford to be dropping points at home against struggling sides like Genoa.

We're expecting a tight and tense 90-minutes between these two clubs as Genoa really need to continue to pick up points as they bid to avoid the drop. Two of Verona's last three matches have produced under 2.5 goals while each of Genoa's last six matches have witnessed fewer than three goals scored, three of which have ended goalless.

In terms of an end result, we're backing Sunday's clash to end all square. Verona have drawn three of their last five fixtures and Genoa have drawn five of their last six league games. Adding further weight to our prediction for Sunday's clash, each of the last three meetings between these two clubs have ended in draws, including a 3-3 draw when the pair locked horns in September.

All you need to know ahead of Verona vs Genoa

Genoa could move out of the relegation zone with a win

Verona were away at Empoli before the international break and went behind in the 26th-minute. Despite being a goal down at the break, Verona gave it their all in the second forty-five and deserved the equaliser they eventually got in the 71st-minute through Cancellieri. The game ended all square and Verona moved onto 42pts and but slipped down one place and into 10th.

Genoa played host to Torino last time out and took the lead in the 14th-minute through Portanova. No Genoa fan would have expected their side to win the game, even being 1-0 up, due to their long run of draws. However, the Genoa defence held firm and showed the quality needed to win the game and, perhaps, to stay in Serie A altogether.

Verona: Lasagna, Frabotta, Depaoli and Pandur could all miss out this weekend for the hosts.

Genoa: Østigard will miss the trip to Verona through suspension, while Cambiaso and Vanheusden are doubts due to injury. 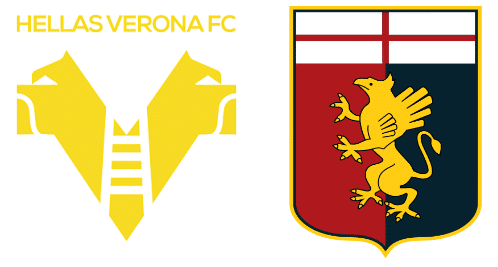