Our Free Betting Tips for Cagliari vs Verona

Cagliari continue their bid to remain in Serie A for another season with a home game against mid-table side Verona. The visitors are best placed to finish 9th this season as they have a 3pts lead over Sassuolo but remain 6pts behind Atalanta in 8th.

We're predicting goals at both ends of the pitch in this game as four of the last six meetings between Cagliari and Verona in all competitions have ended the same way. Both teams have found the back of the net in two of Cagliari'slast four league games and the host shave only failed to score in one of those fixtures. Four of Verona's last six outings in Serie A have also ended with both teams scoring and the visitors have only failed to score in one of those games.

Cagliari would have been hoping to avoid defeat when they made the trip to Genoa last time out. However, a solitary goal from Badelj in the 89th-minute handed Cagliar's relegation rivals a vital 3pts and another defeat this weekend could see Saturday's hosts drop back into the bottom three.

Verona were the favourites to take all 3pts from their home game against struggling Sampdoria but a goal from Caputo put the visitors 1-0 up at the break. Verona did manage to equalise late on through Caprari but the home sides couldn't carve out a winning goal in the remaining minutes.

Cagliari: Adam Obert is the main injury concern for the hosts this weekend.

Verona: Diego Coppola and Ivor Pandur could both miss the trip to Cagliari through injury. 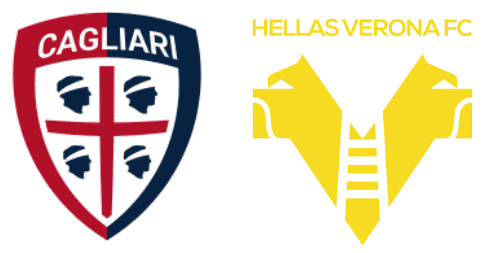