Hammarby top the Allsvenskan table via goal difference from Hacken and AIK but sit 5pts ahead of the 4th, 5ht and 6th-placed sides. This weekend, the league leaders travel to Varnamo who sit fourth from bottom but did pick up a big win last time out against Helsingborg.

We're expecting Hammarby to be too strong for newly promoted Varnamo this weekend as they have won four of the pair's last six league meetings. Varnamo might have won their last game but the hosts have also lost two of their last four league games, while Hammarby have won three of their last six outings, only losing once during that period.

This game has the potential to produce plenty of goals and we expect Hammarby to score the majority of them. Over 2.5 goals have been scored in two of Varnamo's last three fixtures, including a 2-1 defeat in their last home game against Hacken. Three of Hammarby's last five matches have witnessed at least three goals being scored and the visitors have scored exactly three team goals in each of those fixtures.

Varnamo fans might have been worried when their side went a goal down away at Helsingborg last weekend. Trailing 1-0 at the break, Varnamo needed to up their game in the second forty-five, which they did, scoring an equaliser in the 67th-minute through Antonsson. Magashy then put the visitors 2-1 up in the 81st-minute and Antonsson ended any hopes of a Helsingborg comeback with his second and Varnamo's third goal of the game 10-minutes from time. There was still room for one more goal in stoppage-time, Vindehall wrapping up an impressive 4-1 win for the visitors.

Hammarby were tipped to beat Norrkoping on Sunday and they did with relative ease in the end. Bojanic put in a man-of-the-match display scoring the home side's opening two goals of the game, one in either half. Selmani added a third goal in the 71st-minute to secure a comfortable victory for the hosts, keeping Hammarby top of the table.

IFK Varnamo: the visitors have no fresh injury concerns ahead of a tough home game on Sunday.

Hammarby: the visitors have a clean bill of health and no suspended players this weekend.

Q&A for Varnamo vs Hammarby 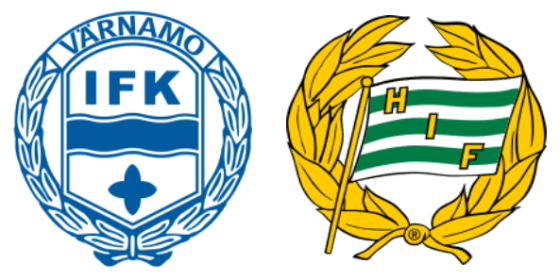