One of the most interesting matches in the upcoming round of La Liga is the Villarreal vs Valencia duel. With that in mind, we have a detailed preview of the game for you and some free betting tips as well.

Our best betting tips and picks for Villarreal vs Valencia

If you are looking for the best La Liga betting tips, including our top predictions for Villarreal vs Valencia, you can check them out right here:

Four of the previous five head-to-head duels between Villarreal and Valencia have gone over 2.5 total goals and we expect the same thing to happen in their upcoming game.

Both teams scored in four of the last five h2h meeting between Villarreal and Valencia, so we would be surprised if that didn't happen again on Tuesday, especially with both teams in good form right now.

In addition to this, both teams scored in a whopping 69% of all Valencia matches in the league this season, while the same is true for 44% of all Villarreal games in La Liga so far.

The latest odds, stats, and more for Villarreal vs Valencia

If you are interested in finding the top Villarreal vs Valencia odds, check our list of odds from the best UK betting websites:

With both teams doing well this season, this promises to be an interesting game. So, here's a closer look at both teams:

While Villarreal is likely focused on Champions League after reaching the semi-finals of the competition more than on La Liga, the team is still trying to secure the seventh place in the standings, which could lead to European competitions next season. However, they aren't in such a great form in the league with two wins, one draw, and three losses in the last six games.

Meanwhile, the only injured player at the club right now is Alberto Moreno, which is great for the team, but the team is constantly rotating to keep up with the busy calendar.

After five games without a loss in La Liga, The Bats were defeated at home by Osasuna in the last round and the team from Pamplona overtook them in the standings, leaving Valencia in the tenth place right now. Still, that won't hurt their fans much if the team can do well next weekend in Copa del Rey final.

In the meantime, Valencia is still without Maxim Gomez, Gabriel Paulista, and Yunus Musah, who are all on the team's injury list at the moment.

The most frequent questions for Villarreal vs Valencia 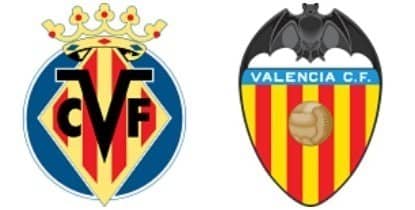