Ukraine have drawn all four of their opening World Cup qualifiers and now they face a France side whose last four matches have all ended in stalemates after 90-minutes, so guess which way we believe this game is going to go? Read on for our full match preview for Ukraine vs France.

The last time these two sides met, back in March, the pair played out a 1-1 draw in France. Ukraine have drawn all four of their World Cup qualifiers so far and proved a tough side to beat at Euro 2020, while each of France's last four matches have all ended in draws at the end of the opening 90-minutes.

The last two meetings between these two countries have seen both teams score and we're expecting more of the same from the pair on Saturday. Both teams have also scored in four of Ukraine's last six outings in all competitions, as well as in each of France's last four fixtures, so it's no wonder we're predicting goals at both ends of the pitch this weekend.

In terms of a final scoreline, we're predicting a 1-1 draw on Saturday as that is how the last meeting between the two nations finished back in March. France head into this game on the back of a 1-1 draw with Bosnia-Herzegovina on Wednesday night, while Ukraine played out a score draw with Kazakhstan.

Ukraine vs France: The Stats & Markets

Both teams will be looking to bounce back following disappointing draws

Ukraine will start their experienced goalkeeper Andriy Pyatov on Saturday where he will earn his 99th cap. The defence is likely to be made up from Matviyenko, Karavayev, Kryvtsov, Sobol and Mykolenko, while in midfield Yarmolenko is a certain start along with Man City's Zinchenko and Malinovskyi of Atalanta. Roman Yaremchuk, who formed a good partnership with Yarmolenko in the Euros, will surely start up-front. Konoplyanka misses out on selection once again despite scoring 21 goals in 86 caps for Ukraine already.

France have a very talented squad but never really got out of 3rd gear at Euro 2020 and only just managed to scrape a draw against Bosnia-Herzegovina the other night. Griezmann was the savour on Wednesday evening and will likely play alongside Mbappe and Benzema this weekend. Pogba and Lemar should start in midfield with Rabiot, while Varane will lead the defence and the experienced Hugo Lloris will surely continue in goal. 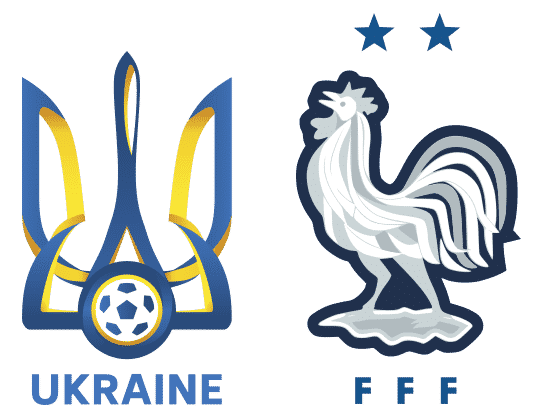