Just 1pt separates these two clubs in the Serie A table and while Bologna have the home advantage and would move above their guests with a win, the home side have two key defenders suspended and will be without their top goalscorer this weekend.

Udinese are unbeaten in their last seven games against Bologna in all competitions, picking up three wins and four draws. Bologna have only managed to win one of their last six league games, while Udinese have won four of their last six matches. Medel and Soumaoro are suspended for the hosts this weekend after being sent-off against Juventus last time out, while top scorer Arnautovic misses out after picking up an injury in that same game.

Former Barcelona and Everton forward, Gerard Deulofeu, joint-top scores for Udinese in Serie A this season with 11-goals and we're backing the Spaniard to score against Bologna this weekend. The Udinese attacker is in great form right now having netted 5-goals in his last seven league games for the mid-table club, so you can see why we're backing Deulofeu to score on Sunday.

Bologna would move above Udinese with a win

Bologna wouldn't have expected much from their trip to Juventus last time out but when the teams went in goalless at the break, the visitors fancied their chances of causing an upset. Arnautovic fired Bologna in front in the 52nd-minute after good work from Soriano. That goal looked to have been enough to win the game and probably would have been had the visitors maintained some discipline. However, in the 84th-minute both Medel and Soumaoro were sent-off which handed Juve the advantage they needed to carve out a stoppage-time equaliser.

Udinese dominated their game at home to Empoli from start to finish, breaking the deadlock via a 6th-minute own goal from Ismajli. Early in the second half, Deulofeu made it 2-0 and although Empoli pulled a goal back in the 70th-minute, the home side scored two more goals through Pussetto and Samardzic to wrap up a 4-1 victory.

Bologna: Medel and Soumaoro are both suspended, while teammates Arnautovic and Michael look set to miss the game through injury.

Udinese: Beto and Santurro are the main injury concerns for the visitors this weekend. 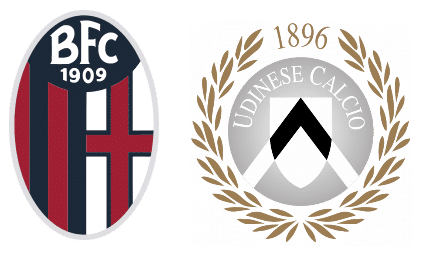