This is a preview of the Dutch Eredivisie game between Twente and Vitesse at the De Grolsch Veste. The game takes place on October 1, 2022.

Twente head into the game on the back of a first defeat in four league outings, as the team were beaten 2-1 by Heerenveen. Meanwhile, Vitesse played out a 1-1 draw with Volendam at home.

Twente to win the game

Twente might be winless in the last two matches, but their home form is excellent with the team managing a 100% return from the three matches at home. Meanwhile, Vitesse come into the game with just three points from the three away matches so far this season. Furthermore, Vitesse have suffered numerous occasions at the hands of this opponent including a double last season. Twente should be able to pick up a comfortable victory.

The recent three meetings between Vitesse and Twente have produced over 2.5 goals quite comfortably. The three league matches at the De Grolsch Veste have also met with a similar fate with a ton of goals being produced already. The upcoming match should be no different on this front.

Top Dutch Eredivisie Stats ahead of Twente vs Vitesse

Twente vs Vitesse: Preview of the Eredivisie Game

Twente will be eager to come back to home comforts after having suffered a winless run in back to back away matches. So far, home games are proving to be quite exceptional for the team as they were even able to beat PSV on home soil a few weeks ago. The absence of several key players is one of the big problems for manager Ron Jans coming into the game.

Vitesse have gone for a managerial change that is expected to spice up the team in the forthcoming weeks and help them make up places in the league table. Phillip Cocu has been brought in as the new coach and he has a sensational record against Jans with seven wins in the nine games. The absence of just two players mean that Phillip Cocu will have the flexibility to make changes to the starting line up in the hope of picking up a victory.

Vitesse: Markus Schubert and Mitchell Dijks are the two players missing from action.

Questions about Twente vs Vitesse 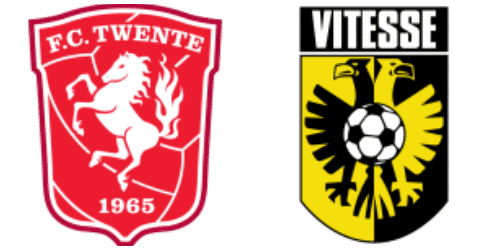 Where is the match scheduled? De Grolsch Veste

Which team is the favourite to win? Twente