Another match postponed earlier this season in Eredivisie is scheduled for Wednesday, August 31st, when Twente will host Excelsior. Check our preview of this game to learn more about it and to get free betting tips.

Our Best Twente vs Excelsior Betting Predictions and Picks

If you are struggling to decide what is the right bet for Twente vs Excelsior, check our favourite betting tips for this game:

Twente to Win at Half Time and Full Time

Both teams enter this game with a couple of wins and one loss in the first three games in Eredivisie this season, so this could actually be a closer duel than many anticipate.

However, we feel that Twente will justify their favourites tag and win the game after leading at half time. They will push hard for an early lead since they suffered a surprising loss to Volendam in the last round. They will also want to break a streak of four games without a win against Excelsior.

Although we expect Twente to win this game, we can see both teams scoring here. After all, both teams scored in three of the last five head-to-head duels between these teams.

The Best Odds and Stats for Twente vs Excelsior

If you want to place a bet at the top Twente vs Excelsior odds, you should check our list of odds from different betting sites:

Even though Twente is the favourite here, both teams are doing well right now. So, let's take a closer look at them before their duel:

After their narrow loss to Fiorentina in their matchup in the final round of Europa Conference League Qualifiers, Twente will not play any European competition this season. On the bright side, that will give them a chance to focus on the league where they started the season with two wins and one surprising loss to Volendam.

After their impressive run in the playoffs for promotion last season, Excelsior continued with that level of performances in the top flight of Dutch football as well. The team currently has two wins and one loss, which came against PSV and was hardly a surprising one. Overall, Excelsior has reasons to be optimistic about their chances of survival.

Another positive for the team is the fact that only Nikolas Agrafiotis is out at the moment through injury, with the rest of the team fit and ready. 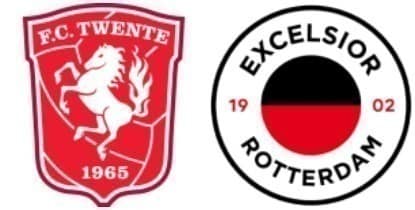