This may very well turn into a very important fixture but at the same time, it may become a meaningless match. Tranmere currently holds the 6th spot in the table but if they lose and both Exeter and Salford win their matches, Tranmere will be out of the playoffs. Stick around to see the best betting tips on League Two for that final game week of the regular season.

We have highlighted three markets that we think give us the best value for that match. See our betting tips below.

Always make sure you stay on top of any odds changes. Check the prices prior to making a wager because odds get updated frequently. Our recommended bookmaker for this match is Ladbrokes.

While Tranmere is the obvious favourite in the match, a draw will help them just enough. The team comes off a loss preceded by two consecutive victories. We think that the coaching staff’s goal will be to preserve their energy for the upcoming playoffs. After all, Colchester is not a force to be reckoned with, so we expect the match tempo to be rather relaxed.

Goal to be scored in both halves – No

Here is an unusual selection but one that gives us very good value. In each of their last 5 matches, Tranmere has seen the ball find the net in only one of the halves. With Colchester, the trend is almost the same with 4 out of 5 matches having goals scored during only of the halves.

Regardless whether the previous tip hits, you can still hope to get a very decent wager right by betting on the correct score of 1-1. The price that we get is very good and this selection is worth a stab. The two clubs combined have 29 draws for the season (Tranmere 12 and Colchester 17) which makes us believe we got a very good chance of predicting the exact final score correctly.

Don’t overlook the stats and the head-to-head results

The table below shows you some recent results as well as compared odds from a few online bookies.

Tranmere vs Colchester betting preview: will both sides go home or will one of them play in the playoffs?

Until last week, it appeared that Tranmere was peaking at the right time. They managed to string together two wins only to lose to Forest Green on 01.05. Before those two victories, though, The Super White Army had 7 straight matches without a win. We don’t trust them a lot in the playoffs, but we see them getting at least one point in that match.

There isn’t a lot we can say about Colchester that isn’t already known. Their defense allowed 61 goals for the season while the attack managed to net only 44 goals. This is less than 1.0 goals scored per match. Still, we see them getting the draw in this one. 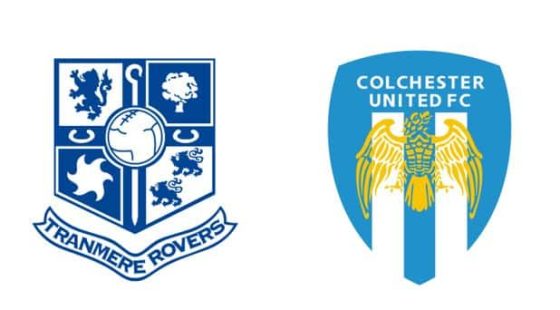 Frequently asked questions about the fixture