Probably one of the more interesting games to be played on Wednesday, August 31st, in the upcoming round of Premier League, is the West Ham vs Tottenham duel. Here's a detailed preview of the game and free betting tips to check out.

If you are looking for the best Premier League betting predictions, including those for West Ham vs Tottenham, we can help you out:

After three losses at the start of the season, West Ham finally managed to get a win in the last round over Aston Villa. Meanwhile, Tottenham has three wins and one draw in Premier League so far.

Clearly, the Spurs are in much better form. They are also the better team, even though West Ham is far from a bad team. After all, they were seventh last season. Still, the momentum and everything else is on the side of Tottenham right now, so we expect them to win this game.

Harry Kane to Score at Any Time

With four goals in four matches, Harry Kane is once again among the main candidates to be the top goalscorer, especially since he usually has a slow start to the season.

So, with Kane already in good form and Tottenham likely to win the game, we can see him finding the net against West Ham too, which is something he failed to do in the last four meetings against the Hammers.

All you need to know ahead of West Ham vs Tottenham

If you want to take a look at the top stats and best odds for this match , you've come to the right place:

While the home team has struggled so far, the guests have done well. Still, this should be a close game, so let's take a closer look at the teams:

After two very good seasons in Premier League, the Hammers started the new season poorly, by going on a three-game losing streak. However, the team ended the streak by beating Aston Villa in Birmingham, which was also the first game in which they managed to score a goal this season.

West Ham will once again be without services of Nayef Aguerd and Craig Dawson through injuries, while Ben Johnson and Aaron Cresswell are also unlikely to play.

The Spurs once again look like one of the best teams in the leauge under the guidance of Antonio Conte, who helped the team secure Champions League by finishing fourth last season. Meanwhile, Tottenham had an even better start of the new season since they won three of their four games, along with a draw against Chelsea.

When it comes to team news, Lucas Moura and Bryan Gil remain out with injuries, but the rest of the team will likely be available to Conte for this game. 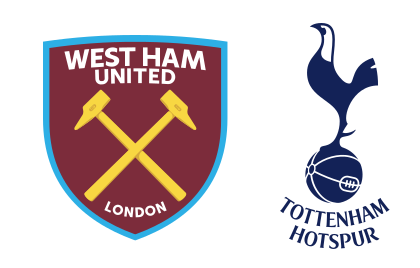