Tottenham have certainly improved in the Premier League under the guidance of Conte and the majority of the Spurs fans will be expecting their team to win on Boxing Day against Crystal Palace. Vieira has done well with the Eagles and a win this weekend would take his side to within 3pts of Tottenham, so plenty for both teams to play for in this one.

We're backing a Tottenham win as we feel the home advantage will play a big part in the game. Spurs have won three of their last six meetings with Crystal Palace and in each of those games, they were the home side. Tottenham's last four league games have produced three wins and a draw, while Palace have lost their last two away trips.

Harry Kane certainly hasn't set the Premier League alight in the first half of the campaign but did manage to get on the scoreboard last time out against Liverpool. We're backing the Tottenham and England captain to score against Crystal Palace on Boxing Day and help lead his side to victory.

Everything you need to know about Tottenham vs Crystal Palace

Not many people gave Tottenham a chance at home to Liverpool but an early goal from Harry Kane put the hosts in front. Liverpool equalised before the break and then went on to take the lead in the 69th-minute but Spurs responded well and got back onto level terms through Son in the 74th-minute. Liverpool were reduced to 10-men shortly after Spurs equalised and the home side will have been disappointed that they didn't go on to win the game, but a draw was a decent result given their opposition.

Crystal Palace went 1-0 up at home to Southampton in the 2nd-minute through Zaha but still ended up trailing at the interval 2-1. A 65th-minute effort from Ayew brought the Eagles back onto level terms and turned out to be the final goal of the game as the scoreline ended 2-2. Palace will have been disappointed not to win the game but did well to come back following their first-half setback.

Crystal Palace: James McArthur and Nathan Ferguson are the main two injury concerns for the visitors. 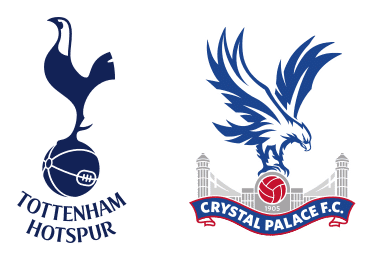