FW Predictions for Chelsea vs Tottenham

Chelsea got off to a winning start at Everton and now take on Tottenham in their first home game of the new Premier League season. Spurs top the table after their 4-1 win over Southampton but haven't fared well against Chelsea over recent seasons.

We're backing this game to end in a draw, despite the fact that both teams got off to winning starts last weekend. Chelsea are unbeaten in their last six competitive games against Tottenham but only managed a 1-0 win away at Everton in what has to be considered, an average performance. Tottenham scored plenty of goals at home to Southampton but couldn't really have asked for a much easier first game of the campaign and will be expecting a far tougher test at Stamford Bridge.

Under 2.5 goals have been scored in four of the last five meetings between these two sides in league and cup, and we're predicting another tight and tense 90-minutes on Sunday. Chelsea struggled in the final third against Everton but looked strong at the back with their only going arriving in the form of a penalty. Tottenham didn't have much to do defensively against Southampton last time out and took advantage of their guest's poor defending at the other end of the pitch. Two of both clubs' last four matches have witnessed fewer than three goals scored.

A tight, tense and competitive 90-minutes on the cards at Stamford Bridge

Chelsea were the big favourites to beat an injury-hit Everton side but the Toffees gave as good as they got but lacked a focal point up front. Chelsea ended up winning the game in first-half stoppage time thanks to a Jorgino spot-kick but will need to put in a better attacking display if they are going to win this weekend.

Tottenham fell behind at home to Southampton after 12-minutes but responded really well and ran our clear and convincing winners in the end. Sessegnon equalied in the 21st-minute and Dier popped up with a goal 10-minutes later to hand Spurs a half-time lead. An own goal just after the hour mark from Salisu put the home side 3-1 up and shortly after that, Kulusevski made it 4-1.

Chelsea: Koulibaly picked up an injury against Everton last weekend and remains doubtful to feature against Spurs.

Tottenham: Oliver Skipp has a fractured foot and won;t be availabled for the foreseable future but Richarlison returns following a suspension.

FAQ about  Chelsea vs Tottenham 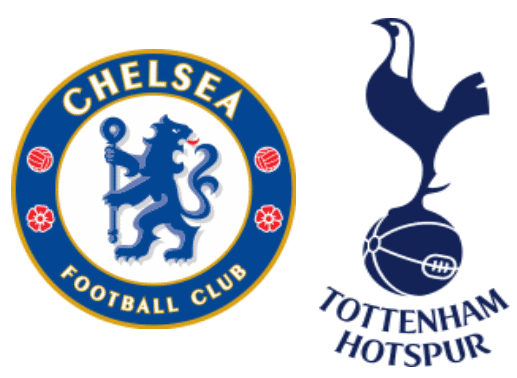