Tottenham are in fantastic form right now and this weekend they play host to a Brighton side that did them a huge favour last time out by beating Arsenal. We're expecting an entertaining 90-minutes in the Premier League this weekend between two teams that are at their best when going forward.

At least three goals have been scored in four of the last six meetings between these two clubs, and we're expecting another action-packed 90-minutes in Saturday's early kick-off in the Premier League. Only one of Tottenham's last six matches have failed to produce at least four goals which tells you a lot about how Conte's men have been playing of late, while Brighton's last game against Arsenal also produced over 2.5 goals.

Everything you need to know ahead of Tottenham vs Brighton

Tottenham looking to tighten their grip on 4th spot

Tottenham might not have deserved to win 4-0 away at Aston Villa but their clinical finishing proved the difference between the two clubs. Villa had loads of chances during the 90-minutes, especially in the first half, but a goal from Son in the 3rd-minute separated the two sides at the break. In the second half, Tottenham moved 2-0 in front through Kulusevski just 5-minutes after the restart. Son scored twice in the space of 5 second-half minutes to complete his hat trick and make the final scoreline 4-0.

Brighton would have been expecting a tough game away at Arsenal last time out where not many gave them a chance of winning the game. However, the Seagulls started the brighter of the two sides and took the lead through Trossard in the 28th-minute after good work from Mwepu who claim the assist. Mwepu went from provider to goalscorer in the 66th-minute, getting on the end of a Caicedo cross to make it 2-0. Arsenal left their reaction to going two goals down far too late but did manage to pull a goal back via a deflected long-range effort from Odegaard in the 89th-minute. However, Brighton held on to secure a deserved 3pts and end their winless run.

Tottenham: Tanganga, Doherty and Skipp all look set to miss out this weekend due to injury.

Brighton: Jakub Moder is the main injury concern for the visitors ahead of the trip to the capital.

Tottenham vs Brighton – Your Questions 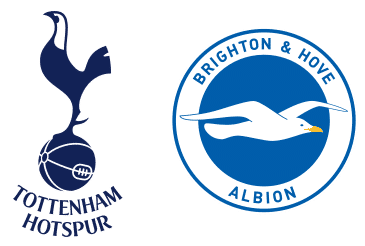