Top Oss have been averaging a point per game so far this season; will they get a draw here to maintain that record or do the footballing Gods have something else in store? Find out with our TOP Oss vs Willem II match preview with free tips, predictions and odds mentioned along the way.

We begin our predictions for this match by backing a draw. Willem II arrive in the match as quite heavy favourites to take maximum points but we are not sure that's a fair reflection of things. Sure, Top Oss have been in considerably worse form when talking generally, however, when you hone in on the specific home and away form of the sides things become considerably less clear. Top Oss have lost just one of their last five home games with their three home league games this season ending in one win, one draw and one defeat. Then you have Willem II; they're yet to win away from home this season despite having played three away matches. The last two road games have ended in draws. Then you have the head to head record to consider; two of the last five meetings have ended level meaning it's far from an impossible result.

Our next tip for this game backs both teams to score. Top Oss have scored in each of their last four games with a total of six goals scored across their past five. They've conceded eight in that time. As for Willem II, they have scored in four of their past five, again racking up six goals for whilst they've conceded four goals away from hom in their three games played so far this season.

Will Willem II get the win the bookies predict?

Top Oss have struggled for any consistency in the early part of this season and they won't be particularly thrilled to be hosting Willem II given the poor head to head record they hold against them. Willem II meanwhile will look at this as a game where they can take maximum points and apply pressure to those above them.

Top Oss might not exactly be flying right now as they're averaging just the one point per game across their first seven matches of the season but there is some good news for the hosts as they arrive into this game with no injury concerns; that gives them their best chance of getting a positive result.

Willem II have made a sound, if not spectacular, start to the season and could just four places with a win here depending on how other matches play out. They'll have to do so without Thijs Oosting in the side though as he remains sidelined. On a slightly more positive note, Ringo Meerveld could be back in the squad.

A quickfire FAQ on TOP Oss vs Willem II 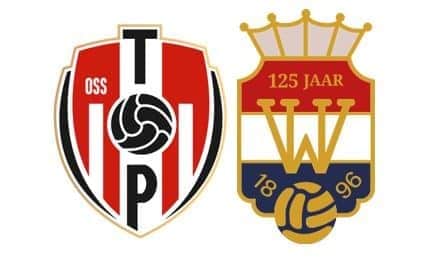