There’s no doubt Barcelona want to make a final few additions to their squad ahead of the upcoming 2017/18 campaign.

Ernesto Valverde’s first season in the Camp Nou will need to see him win the La Liga title and have a serious go at getting the Champions League crown if it’s to be judged as successful.

But with Neymar subject of a number Paris Saint-Germain transfer rumours, the season is in danger of veering of course before it’s even started.

We’ve analysed five of Barcelona’s top targets, with each rumour’s rating based on the Football Whispers index. 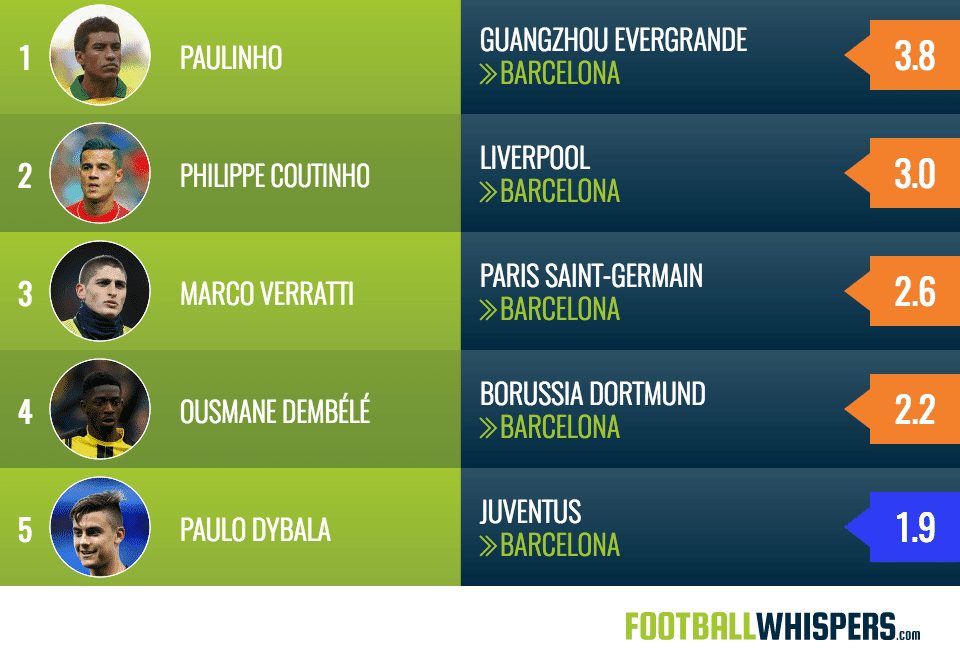 This rumour seemed strange when it surfaced at the beginning of the summer, but it’s become an ongoing saga that you would imagine most Barcelona fans just want it to get over and done with.

Barça do undoubtedly need a midfielder, and they have set their sights on the former Tottenham Hotspur man, despite his under-par performances in the Premier League.

But Paulinho has proven himself to be the box-to-box midfielder many Spurs fans hoped they’d signed and has been reborn in the Chinese Super League.

What’s more, Mundo Deportivo claim they hope that the arrival of a fellow Brazilian will help convince Neymar that his future is in Catalonia, rather than France.

It is clear the player wants the move, but the deal has been complicated by the Chinese transfer window closing and Guangzhou Evergrande’s reluctance to let Paulinho leave in the middle of their domestic season.

But Barcelona want their man, and it would be no surprise if the deal is closed off soon.

With Andrés Iniesta not getting any younger, Barcelona are on the lookout for a replacement and according to the Daily Mail, they bid £72million for Liverpool midfielder Philippe Coutinho earlier this month.

But the Reds are believed to have rejected the offer for their playmaker, believing it falls short of his value in the current market.

Coutinho is a close friend of Neymar’s, but Jürgen Klopp is reluctant to sell.

When asked during their pre-season tour of Asia about a possible departure of the Brazilian, Klopp said: “We have to keep our key players. So that’s the answer.”

But with Barça looking to keep Neymar happy, it appears they have ramped up their chase of him, with Mundo Deportivo claiming representatives from the club have flown to England to try and seal the deal.

They are expected to meet with Coutinho’s advisers, in what would be the first meeting between the two parties.

Whether Liverpool will sell or not, is a very different matter, but with stories like this already in the Catalan press, you can see he definitely is on Barcelona’s radar.

Marco Verratti was undoubtedly Barcelona’s top transfer target this summer, but that move has definitely lost a lot of pace.

They had agreed personal terms with the PSG midfielder and had hoped to agree a fee with his club, but that proved a lot harder than first thought.

There was even talk of Verratti going on strike to force through a move, but that doesn’t appear to have happened and the French club holding strong seems to have come out on top – with this move and the Neymar saga, there is definitely no love lost between the two teams.

But despite that, Sport claim Barcelona have not given up yet.

They believe PSG can only convince their midfielder to stay if they can create a winning team this summer, and if their transfer targets fall through, they hope he will force a move through.

However, it is hard to see them getting all three of Paulinho, Coutinho and Verratti, and you would expect the Italian midfielder to be the one they don’t bring in.

“Marco Verratti is a very important player for PSG,” he told FourFourTwo.

“He has many qualities and PSG will do everything they could to keep him.

“It will be difficult for Verratti to move.”

And perhaps if he does move, maybe a Manchester United switch wouldn’t be out of the question given he’s just signed with Mino Raiola. 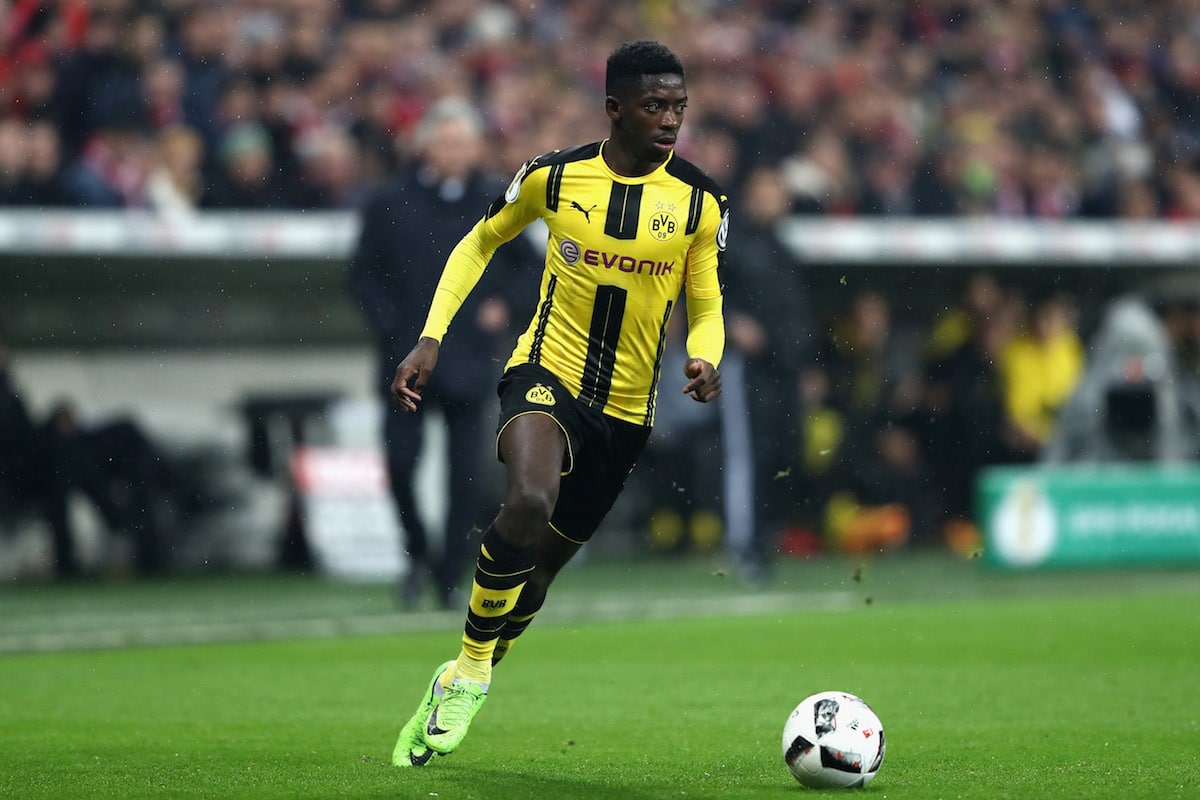 Should Neymar leave the Camp Nou, Barcelona’s first choice to replace him would be Borussia Dortmund forward Ousmane Dembélé, according to The Sun.

He’s been linked with Barcelona since before the start of the transfer window, and it’s no surprise that the Blaugrana hierarchy are looking at the French youngster.

The 20-year-old has the talent to go to the very top and shone in his first Bundesliga season last campaign.

Don Balón claims Real Madrid will beat Barça to him though, but that is doubtful, as it isn’t the most credible of sources, as well as there being next to no chance of Los Blancos splashing out on him after their reported deal with Monaco to sign Kylian Mbappé.

Dortmund would be reluctant to sell for sure.

Another option for Barça should Neymar leave is Paulo Dybala, who would also prove very tough to steal away from his current club.

According to Mundo Deportivo, he would jump at a move to play regularly alongside compatriot Lionel Messi.

But a move could cost up to €120million, which is apparently the price he has agreed with Juventus in his contract.

The report says he hasn’t spoken to Barcelona yet though, as he doesn’t want to risk getting excited about a move that may not happen – it would depend on a number of circumstances, including Neymar’s departure, which wouldn’t be ideal for Valverde.