Tanzania locks horns with Sudan in an international friendly fixture on Tuesday, 29th March 2022. This game will take place at the Benjamin Mkapa International Stadium in Dar-es-Salaam. Find out how Football Whispers tipsters have tipped this game to end on matchday. We also have the best betting tips and odds for the friendly match in this post.

The previous seven encounters between Tanzania and Sudan ended in three wins for Sudan, two victories for Tanzania and only two draws. This will be the eighth encounter between the two Eastern Africa teams since January 2011. Here are the best two tips for this game in the first meeting of 2022.  Note that last meeting was in 2019, during which the two teams met thrice, bagging a win each and a settling for a barren draw in the other encounter.

We are backing home victory in this game. Tanzania has improved lately at the international stage. On the flip-side, Sudan’s recent performances betray no signs of a team that is on the decline. The visitors have failed to win a game in their last 14 outings. During that time, the visitors lost 9 matches. The hosts have a better record in their last 14 games, during which they lost five games and leaked 9 goals in five losses. Sudan conceded 25 goals in the nine losses in the 14 games, during which they failed to register a win.

The biggest problem for Sudan ahead of this fixture is a shaky backline that has failed them in more than three quarters of their last ten games. Seven losses from the last ten matches is a true reflection of Sudan’s troubles. In the same breath, Tanzania lost thrice in as many run of fixtures but have a better defensive record that the visitors ahead of this international friendly match.

Here are the best odds for Tanzania vs Sudan friendly fixture across leading bookmakers.

Tanzania and Sudan are neck to neck on the FIFA list at positions 132 and 133 respectively. The last three meetings have seen these teams share the spoils and bag a win each.

However, the latest stats hand Tanzanians a huge advantage ahead of this friendly encounter with Sudan. For example, while Tanzania lost only thrice in the last ten outings, Sudan suffered seven defeats in as many past matches.

A barren draw was recorded in the last meeting, albeit, it was in the U23 CECAFA Cup. Five wins in the last ten games for the hosts and zero victories for Sudan in as many previous games is another testament to how this game could end.

Sudan’s struggle with defensive challenges is especially noteworthy and so, we expect the visitors to struggle against a more aggressive Tanzania. The hosts defeated Central African Republic 3-1 in the last game while Sudan settled for the spoils in a 0-0 draw with the same team in the last encounter. 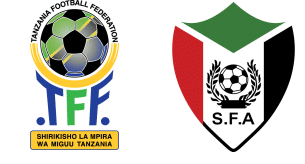 What time will the Tanzania vs Sudan friendly fixture start?

Tanzania will host Sudan at the Benjamin Mkapa International Stadium in Dar-es-Salaam.

What are the positions of Tanzania and Sudan on FIFA’s list?

FIFA ranks Tanzania at positions 132 while Sudan is currently ranked 133, only one place below the hosts.