Switzerland and Bulgaria meet in Luzern to battle it out for three points in World Cup Qualification Group C on Monday. Read our expert predictions and find the latest odds for the game below in our match preview.

Group C comes to a close in Luzern on Monday when Switzerland host Bulgaria. Find our top three predictions for the contest below.

Switzerland to Win to Nil

Switzerland have been rock solid defensively of late and the goal they conceded against Italy on Friday ended a run of four straight clean sheets in Group C. With top spot still on offer, we expect the Swiss outfit’s concentration to be at its maximum again on Monday and the robust hosts are available at a generous price to beat a weak Bulgaria team to nil in Luzern.

Switzerland are in an excellent position in Group C and they can cement their place as one of the best teams in the section with a comfortable win against Bulgaria on Monday. The Swiss already beat the Bulgarians 3-1 earlier in the campaign and having seen the over 2.5 line passed in five of their last eight home games, a similar outcome looks possible here.

Incredibly, when Switzerland last faced Bulgaria back in March, they were three goals up after just 13 minutes following a scintillating start to the contest. We expect the Swiss to come out of the blocks just as quickly to stamp their authority all over Monday’s rematch and backing Murat Yakin’s charges to establish a first-half advantage again is a market worth chasing.

Switzerland earned an excellent draw in Rome against Group C leaders Italy on Friday evening, keeping their hopes of topping the section alive in the process. Murat Yakin’s side were superb defensively against their frustrated hosts and Switzerland’s performances at the back have been a key factor in their successful run to World Cup 2022 qualification.

Eight points from seven matches represents a respectable return for Bulgaria in Group C so far, though they never really looked like making a genuine run for qualification. Again, problems in the final third have scuppered their chances and Yasen Petrov’s goal-shy team have found the net just six times during their campaign so far. 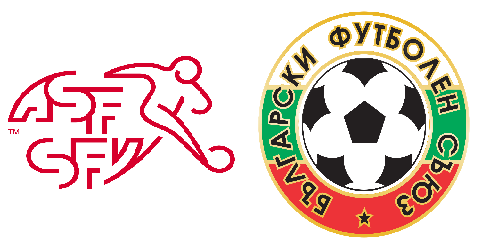 Who won the last meeting between these nations?

Switzerland beat Bulgaria 3-1 when the nations last met on March 25.

Viewers in the UK can watch the game via the red button on Sky Sports.