Swansea City are struggling at the wrong end of the table in the Championship and will probably welcome the release of pressure that comes with an FA Cup 3rd Round tie, especially when you are up against Premier League opposition and not many expect you to win. Southampton aren't safe from relegation either and will be hoping that a good run in the cup can help them find their form in the league.

We're backing both teams to score on Saturday, just as they did when these two sides met for a pre-season friendly back in July. Southampton won 3-1 on that occasion and head into this game as the favourites with the bookmakers. Three of Swansea's last five fixtures and five of Southampton's last six outings have also ended with both teams getting on the scoreboard.

Armstrong may have found the step up to the Premier League difficult in his first season with the Saints, only scoring 2-goals so far, but we're backing the striker to find the back of the net against Championship opposition. Armstrong scored 28-goals in the Championship last season for Blackburn and has a very good record at that level of football, so you can see why we're backing the former Newcastle man to score this weekend.

All you need to know ahead of Swansea vs Southampton

Can Swansea use their home advantage to defeat their Premier League opponents?

Swansea may have had the home advantage against Nottingham Forest but it really didn't show as they were thrashed 4-1 in their last game which was all the way back on the 11th of December. The first half actually ended goalless but Forest scored twice early in the second forty-five before Piroe pulled a goal back for the hosts just after the hour mark. Forest went on to score another 2-goals to put Swansea to bed.

Southampton took the lead at home to Tottenham last time out through captain Ward-Prowse in the 25th-minute. The game turned against the saints when Salisu was shown his second yellow card in the 39th-minute and was duly sent-off. Kane equialised for Spurs from the penalty spot before the break but Southampton managed to hold firm in the second forty-five and claimed a valuable point.

Swansea: Ethan Laird is the main injury concern for the hosts this weekend. 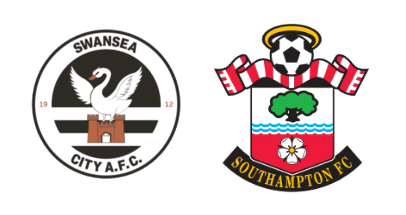