This EFL Championship preview looks at the meeting between Swansea City and Millwall at the Swansea.com Stadium. The two teams have been struggling to put together a sequence of wins.

Swansea were held to a goalless draw by strugglers Hull City in a home match. Meanwhile, Millwall worked hard and picked up a 1-1 draw against West Brom to make it three games without a defeat.

Swansea City have been unable to press home their advantage in recent matches. The lack of goals from the Welsh outfit has contributed to a general mediocrity in results. Millwall might have picked up two wins in the last three matches, but they tend to perform in a very average way away from home. Swansea could potentially win three consecutive matches against Millwall, but the Londoners might get something out of this game.

This is a match between two outfits who have been relatively low on goals in this early part of the campaign. Even though Swansea have seen good signs from forward Piroe so far in the season, there is plenty of way to go and Millwall have been quite resilient at the back.

Joel Piroe has made a good start to the season even with Swansea City struggling for consistency. The forward has come up with three goals in his opening five league matches for Swansea. The Dutchman has already been able to lift pressure off his shoulders since the move from PSV in the summer.

Top Betting Odds and Stats for Swansea vs Millwall

Swansea are aiming to move away from the relegation zone with a couple of wins under their belt. Since beating Bristol City in the third week of August, there has been no joy for Swansea in the Championship. The team will be without Korey Smith and Joel Latibeaudiere for this game.

Millwall have been able to get some strong performances of players like Wallace and Ballard. However, there needs to be more of the strong performances in away matches if Millwall are to be climbing up the table. The Londoners do have quite a few players on the treatment table with Dan McNamara, Benik Afobe, and Shaun Hutchinson unavailable due to injuries.

Questions about Swansea vs Millwall 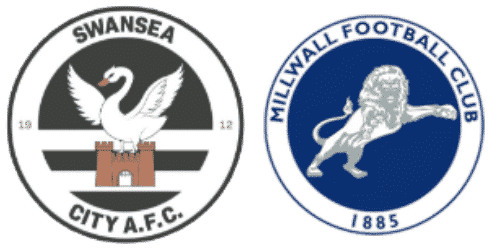 Where is the match scheduled? Swansea.com Stadium

Which team is the favourite to win? Swansea