Results in midweek actually saw Bristol City move ahead of Swansea in the Championship table. Can the Swans use home advantage to now leapfrog the Robins? Find out with our Swansea vs Bristol City match preview with free tips, predictions and odds mentioned along the way.

Swansea are possibly the most unpredictable side in this league and the latest round of fixtures prove exactly that as they followed up a win over Blackburn by losing heavily to Stoke. Despite that, we fancy them to get a result here. The Swans have won two of their last three at home games and, more importantly, Bristol City have an awful away record. They've taken just 14 points from 15 away games this season and haven't won away in nine attempts; they've lost seven of those games too!

Our next tip for this game is that someone will fail to score. It's a tip that is perhaps in the balance based on the stats but that's why we're betting for the value. Swansea have seen each of their last five matches end with at least one side blanking. Bristol City meanwhile have seen both teams score in all of their previous five games. So, what is the clincher for a ‘no' rather than a ‘yes? The head to head form. Three of the last five meetings have ended with one side failing to score.

Swansea and Bristol City currently sit locked in 16th and 17th place in the league with the prospect of relegation a very unlikely one. It could lead to an open game of football; then again, quality has been severely lacking from both sides at times this season.

Swansea's place in the Championship next season is all but sewn up but there remains serious questions marks over how they've performed this season. The next couple of months will set the tone for next season so it's important they start winning games.

Bristol City have a similar situation to that of Swansea. They're not going anywhere this season but need to build towards the summer so they can kick on to a more positive season next year. If they can follow up their win over Reading with three points here it would be a real platform to kick on from.

A brief FAQ ahead of Swansea vs Bristol City Prediction 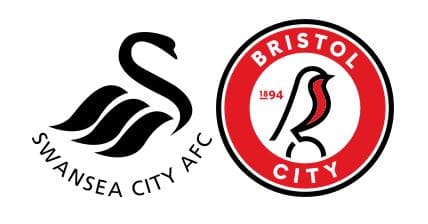