Blackburn have had a slight wobble in form in recent weeks as they look to compete for the Championship title. Will they get back on track here? Find out with our Swansea vs Blackburn match preview with free tips, predictions and odds mentioned along the way.

Swans to have wings clipped by Rovers

Yes, it's true, Blackburn have gone through a slight icy patch of form in recent weeks with two defeats in five but, even so, it's still only one defeat in 13 league games. Swansea wish they could boast form like that; their best spell in about three months came in mid January as they took five points from three unbeaten games but, since then, they've lost back to back games to further highlight their inconsistency. Blackburn have already beaten the Swans once this season and if they're serious about taking one of the two automatic promotion spots then they'll need to do it again. We think they will.

Our next prediction here backs Blackburn to keep a clean sheet and the justification for such a tip is clear. Swansea have looked toothless of late blanking in their last three and having scored just two in their previous five matches combined. Throw in Blackburn's recent defensive showings, which have seen them new three clean sheets in their last four outings and things start to take shape. Blackburn's solidity isn't new found either; they've kept seven clean sheets in their past 10 games.

Check out the key stats & form for Swansea vs Blackburn

Swansea's season hasn't gone to plan up to this point; that's simply undeniable. If, however, they can start to take points off the likes of Blackburn then it will create plenty of buzz as they build for next season with relegation unlikely to become a threat.

Blackburn have it all to play for at the top of the league. Their fate is not in their hands as such regarding a top two finish but winning games will heap pressure on the others they're competing with and they've already shown signs of weakness.

A brief FAQ ahead of Swansea vs Blackburn 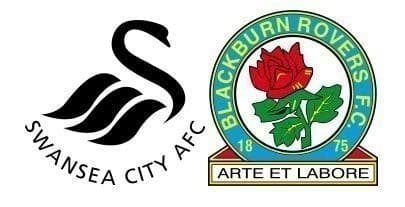