Swansea and Hull both suffered midweek defeats to extend poor runs. Will either find a way to win as they face off on Saturday? Find out with our Swansea City vs Hull City match preview with free tips, predictions and odds mentioned along the way.

Swansea to see off Hull

It's been a really poor showing from both of these teams of late but we think the hosts will will this game and, as such, we are backing Swansea in the 1X2 market. Sure, they've only taken four points from the last 15 available but all of those four points have come in their last three games with the only blemish in that three game spell being the midweek loss to a Sheffield United side that are beating most people they face. Hull meanwhile have only beaten basement club Coventry in their last five games whilst losing the other four – including each of their last three. With all of that in mind, Swansea should be confident.

Our next prediction for this match sees us backing at least one side failing to score. Swansea have seen three of their last five matches end with  at least one side fluffing their lines in front of goal; that includes both of their last two games. Hull meanwhile have also seen each of their last two games end with a ‘nil' in the final score line. Combine that recent form with the fact that these two played out two games last season with just two goals seen across the fixtures and a BTTS – no bet sounds like a good shout to us.

It has not been a good start to the new Championship season for either of these teams. Hull have fared marginally better than their hosts but the Swans are in better form of late. That means three points from this game would be pretty big for both sides.

Swansea find themselves in the bottom three as we speak and they can't blame anything but performances really. Liam Walsh and Joel Latibeaudiere are their only absentees for this game. They really need to bag a result.

Hull's form might be poor but their injury record is worse; their squad is largely decimated at the moment with eight players not under consideration for this game. Vaughin Covil, Brandon Fleming and Salah M'Hand are amongst those set to miss out.

A quickfire FAQ on Swansea City vs Hull City 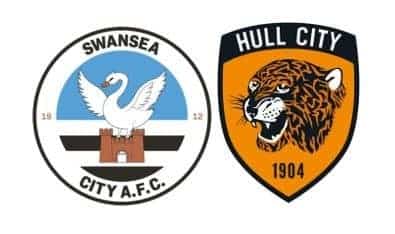