Sunderland’s return to the Championship sees them go up against Coventry in the first game of the season. This will be a preview of the fixture which takes place at the Stadium of Light on July 31, 2022.

Sunderland had a disappointing pre-season which ended in a 1-1 draw with Hartlepool United. This, however, was not the case with Coventry, who have had a very good pre-season with the recent match finishing as a 2-0 win over Portsmouth.

Even though Sunderland have jumped back to the Championship after a four-year absence, it is unlikely that the Black Cats will have a great deal of domination in the league this season. There is no doubt that home form was a crucial factor behind the club’s promotion, but Coventry are not bad when it comes to away games. Furthermore, Coventry have also done quite well against Sunderland in the last four recent attempts.

There have been defensive issues for Sunderland and manager Alex Neil in the early stages of the pre-season. It will be quite hard for Coventry to extend their excellent defensive run shown in pre-season. At least momentum from the new Championship season is likely to propel Sunderland to a goal or two.

Sunderland have had a disappointing run in pre-season which has already put them in a spot of bother going into the new season. Sunderland might start the new season at home but they have back-to-back away matches coming up. Manager Alex Neil has been able to bring in the likes of Daniel Ballard as the top acquisitions of the summer.

Coventry finished 10 points behind the play-off places but they were also not substantially ahead the relegation trouble last season. This time around, manager Mark Robins will be hoping to get his first win of Alex Neil out of the way. Mark Robins has never lost to Sunderland as a coach and he comes into the game with a fully fit squad.

Sunderland: There are no injury worries for Sunderland coming into this fixture.

Coventry: Marcel Hilbner is the only player missing for Coventry because of a cruciate ligament rupture.

Top EFL Championship Stats ahead of Sunderland vs Coventry

Questions about Sunderland vs Coventry 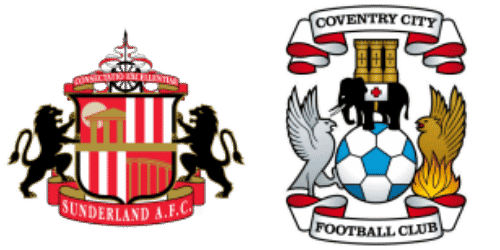 Where is the match scheduled? Stadium of Light

Which team is the favourite to win? Sunderland and Coventry are on par