With both sides winless after the opening weekend, they'll be desperate to grab a win here. Will either side have enough to take maximum points? Find out with our Nice vs Strasbourg match preview with free tips, predictions and odds mentioned along the way.

We've mentioned that Strasbourg did not concede in their last three clashes with Nice; we should also point out that when these teams meet, they usually don't score a lot of goals. As a matter of fact, one of these teams did not score in all of the last seven meetings between these sides; seven of their last eight encounters saw less than three goals scored. It's been the same case with Nice's recent matches; as five of their last six games went below the 2.5 goal margin. All things considered, we shouldn't expect too many goals in this match.

Here are the key stats & form guide for Nice vs Strasbourg

Both teams are winless – will that change here?

Nice and Strasbourg failed to win on the opening weekend of the 2022/23 Ligue 1 season. That's not a biggie at this stage – obviously – but it's always nice to get that monkey off your backs and both sides will be looking to do that here.

Nice had to come from behind to steal a point in their opening league match against Toulouse; they've done fairly well lately, having lost none of their last three games. Nice will welcome Strasbourg to the Allianz Riviera on Sunday afternoon; they'll look to stretch their unbeaten run to four matches.

Strasbourg's woes continued with a 2:1 loss at home against Monaco last weekend; they've won just one of their last five matches, with two draws and two losses. Julien Stéphan's men will hope to put their recent loss behind them as they face Nice; it'll be interesting to see how they'll match-up against Les Aiglons.

A quickfire FAQ on Nice vs Strasbourg 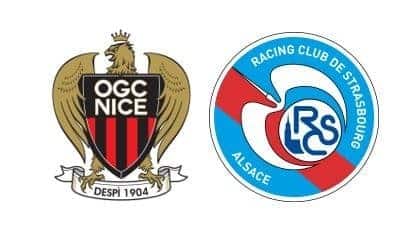