Stoke and Sunderland both have just the one league win under their belts so far this season. Will either of them make it two wins here? Find out with our Stoke City vs Sunderland match preview with free tips, predictions and odds mentioned along the way.

Both Stoke and Sunderland are winless in three games and both have just one win in their last five games. Despite that similar record, we fancy Stoke to win this match. Form might be similar but when you focus in on home and away differences you can see why we lean towards Stoke; they're unbeaten in five at home whilst Sunderland have lost each of their last two away games. On top of that, Stoke have also won the last two head to head clashes as well.

We could see a fair few goals

Our next tip for this match is that we see a few goals; specifically we think the total goals will exceed 2.5. Stoke City have gone over that threshold in each of their last two games. Sunderland meanwhile have seen three of their last four matches pass that threshold. Furthermore, last time these two locked horns we were treated to four goals. We’ve got a feeling this could develop into a high scoring affair as well!

Can either side end their respective three game winless run?

There is not a great deal to choose between these sides based on recent form but with just a solitary win each, they'll be desperate to add another three points to their respective tallies here. As for the game itself, Sunderland will take a big away base to the Bet365 but it's a tough place to visit so this game is all set to be an interesting match up.

Bang average is probably the phrase that would spring to mind for most of the Stoke fan base when asked to describe how their season has started. That said, it's really early days and one win can really transform the way the Championship table reads. Can the Potters grab that win here?

Sunderland hold a marginally better record than Stoke (they've collected five points rather than four) but perspective is a big thing in football too. The Black Cats have come up from League One and sit in midtable with plenty of positivity around the place; as we said about one win transforming things, the same is true of one defeat. A draw would be a good result for Sunderland here.

A quickfire FAQ on Stoke City vs Sunderland 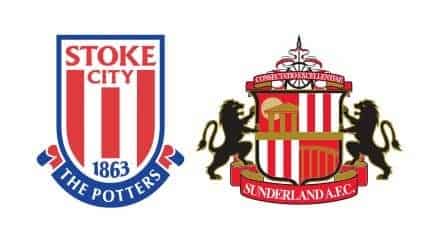