Shamrock Rovers are currently top of the league with a seven point advantage. Will they win here to keep that the same? Find out with our St Patrick's Athletic vs Shamrock Rovers match preview with free tips, predictions and odds mentioned along the way.

These are two of the best defensive teams in the league; only Shamrock Rovers and Dundalk have allowed fewer goals than St Patrick's this season. It's worth noting that Shamrock Rovers kept five clean sheets in their last seven games; they conceded two goals in that seven game stretch. Because of their solid defence, Shamrock's games are usually on the low-scoring side; all of their last five games went below the 2.5 goal line, with four of those games going under 1.5. Additionally, 12 of the last 14 meetings between St Patrick's and Shamrock Rovers saw less than three goals scored; that's why we're predicting a low-scoring game.

Shamrock Rovers know the title is theirs to lose

St Patrick's Athletic might be sitting in fourth place right now but they are someway off the pace being set by Shamrock Rovers. Even were Athletic to win, Rovers would hold a 10 point advantage over them. The biggest threat to their title tilt is Dundalk but a win here would keep them ticking over nicely.

St Patrick's are coming off a disappointing 2:2 draw at Finn Harps; despite being 2:0 up with five minutes left on the clock, they conceded two late goals to tie the game. St Patrick's will take on league leaders Shamrock Rovers on Monday; they'll hope to take all three points from this game.

Shamrock Rovers have been the best team in Ireland this season; they are league leaders, seven points clear at the top of the table, with 14 wins in 21 games. Stephen Bradley's men are coming off back-to-back wins, with seven wins in their last nine games; they'll fancy their chances of getting their third consecutive win against an inconsistent St Patrick's side.

A quickfire FAQ on St Patrick's Athletic vs Shamrock Rovers 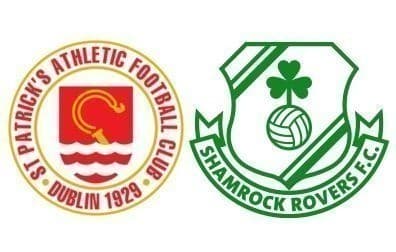