There might be 20 points separating Sparta and Vitesse in the table but both could do with three points to edge them closer to their respective goals. Who though will emerge as the winner? Find out with our Sparta vs Vitesse match preview with free tips, predictions and odds mentioned along the way.

Sparta might have won their last three home games on the spin but their form prior to that was awful with just one point from a possible 18. Vitesse can't boast amazing form either with just seven points from 15 on the road but you do have to factor in who they've dropped points to. Trips to PSV and Ajax were always going to be a tough ask whilst a draw at Feyenoord last time out is actually a pretty decent point. They followed that up with a win over Zwolle at the weekend. It means another victory against Sparta will almost guarantee their entry to the Europa League next season; there should be no lack of motivation.

A bucket load of goals?

Sparta have been involved in high scoring games all season long with a game average of 2.9. That number jumps up to a rather remarkable 3.6 when looking only at their home matches. Then you have Vitesse to consider. Their season average is bang on the money at 2.5 but rises to 2.9 when focussing on their away form. With regards to more recent form patterns, the last five home matches Sparta have played give an average of 2.8 goals with Vitesse coming in with a five game away average of exactly the same – 2.8.

Our final prediction of both teams to score probably won't come as a huge shock given the previous tip referenced the abundance of goals these teams tend to see in their games. Both Sparta and Vitesse have served up three games in five where both sides have notched with Vitesse's away form even more convincing; four of their last five road games have ended with both teams finding the net.

Sparta vs Vitesse: All the pre-match info you need

Both teams with something to play for

With only a few games left in the Eredivisie season you'd be forgiven for not being overly enthused by the games being served up. There is plenty at where Sparta and Vitesse are concerned though. Vitesse are in pole position for a Europa League qualifying spot but have work to do to cement that whilst Sparta are currently fighting a losing battle to break the top eight. Both teams will want to win. Both teams need to win. It should be good. 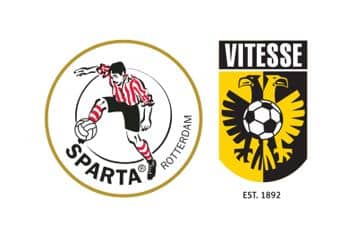