Sweden had looked on course to top group B and book their place at Qatar 2022 but they suffered a shock defeat in the week to hand power to Spain. Who will have the power come 10pm Sunday? Find out with our Spain vs Sweden match preview with free tips, predictions and odds mentioned along the way.

Spain vs Sweden: Our top tips

Spain have performed well during qualifying but still needed a leg up from their Swedish visitors in the week as they lost to Georgia handing top spot to Spain. It means a draw will do for Spain. We think they'll go better than that though and win the match. The two teams played out a 0-0 in the Euros this summer and it might serve as a good indicator of what to expect with Spain dominating that match without scoring. The big difference here is that Sweden will have to come out at some point because they need to win. When they do, Spain are good enough to pick them off.

There will be a few goals

Our next tip for this winner takes all match is for there to be at least three goals; we'll be placing this in the over/under total goals market. Why over? Well, Spain have gone over 2.5 in three of their last five matches whilst averaging 2.6 goals per game. Then you have Sweden, they've exceeded the 2.5 threshold in three of their last five also; again, their average over that five match period has been 2.6 goals. Finally, the head to head record is also sat at three from five going over the all important cut off.

We might be predicting Spain win this game but that doesn't mean Sweden won't score; we think they will and Alexander Isak could be the man to bag. He scored in the last match against Spain and has three in his last five international appearances. On top of that, his domestic form – for Real Sociedad – is very decent; he has three goals (and an assist) from his last five despite not completing the full 90 minutes once in that period. The Spain back line will know all about him but pave, power and good finishing can't always be stopped.

Find the best odds for Spain vs Sweden

As the last game of World Cup qualifying goes, this game is enormous. Spain lost last time they faced Sweden and won't want to end up in the playoffs. Equally, Sweden had control of the group until their horror show against Georgia. It will come down to who controls the game better and who takes their chances. Spain are without Ferran Torres, who is their top scorer in qualifying, but do boast the likes of Rodri, Dani Olmo and Koke to boss midfield. Sweden will look to our goal scorer tip, Alexander Isak, but he'll need the likes of Dejan Kulusevski and Emil Forsberg to provide him.

FAQ on Spain vs Sweden 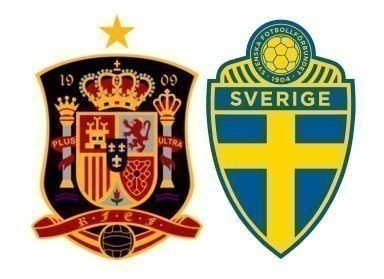